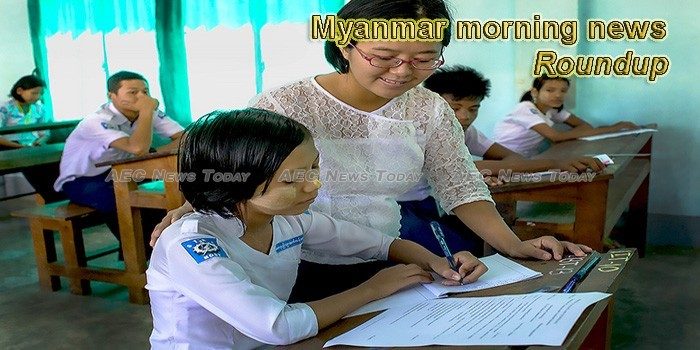 Myanmar cuts cost of China-funded port project by 80%
Myanmar has agreed to scale down a Chinese-led port project in the western state of Rakhine, slashing the initial price tag to $1.3 billion from $7.2 billion over concerns about excessive debt.
— Consult-Myanmar

Myanmar successfully renegotiates debt, ownership terms for Kyaukphyu
Myanmar and China are on the cusp of signing a framework agreement on the development of Kyaukphyu Special Economic Zone (SEZ) in Rakhine State, U Than Myint, Minister of Commerce and chair of the Myanmar SEZ Central Committee, told The Myanmar Times.
— Myanmar Times

India plans to approach Myanmar to take back Rohingya refugees
Union Home Minister Rajnath Singh on Monday said states have been told to identify the Rohingyas living in this country and send their biometric details to the Centre.
— Devdiscourse

Myawady border trade hits over $ 370 m
From April 1 to September 15, the border trade volume at Myawady border reached US$ 376.712 million, down US$7.700 million compared with the same period last year, according the figures from the Commerce Ministry.
— Eleven

HIV-associated TB deaths exceed 4,000
More than 4,000 out of around 32,000 people died of Tuberculosis (TB) are HIV-associated deaths, according to the National TB Eradication Program.
— Eleven

FastGo to launch in Indonesia and Myanmar
Vietnamese ride-hailing service, FastGo has announced it will launch its service in Indonesia ad Myanmar – its two first international markets – by the end of this year.
Read more at http://vietnamnews.vn/economy/466916/fastgo-to-launch-in-indonesia-and-myanmar.html#5Gv4EPx3O1DSKGAG.99
— Viet Nam News

Thailand and Myanmar are natural allies
At their 9th annual joint bilateral meeting in Nay Pyi Taw in August, both countries proclaimed from now on they are “natural strategic partners”.
— Bangkok Post

Five Traders Arrested in Currency Manipulation Crackdown
The Bureau of Special Investigation (BSI) has detained five currency and gold dealers in Yangon as part of its ongoing investigation into alleged currency manipulation, the agency said Monday.
— The Irrawaddy