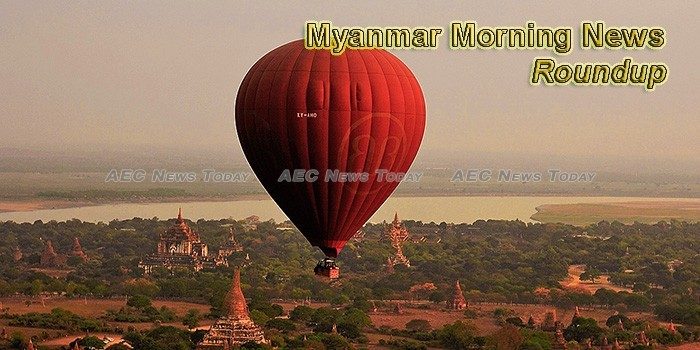 UN envoy to Myanmar: perpetrators of Rohingya attacks must be held accountable
The new UN envoy for Myanmar told authorities in Naypyidaw during her first visit that credible measures were needed to establish accountability for the violence that engulfed Rakhine state and drove 700,000 Rohingya from their homes, a UN statement said Thursday (Jun 21).
— Channel NewsAsia

Myanmar one of several countries in danger of losing its ‘intact forest’ by 2030
Earth’s intact forests shrank by an area larger than Austria every year from 2014 to 2016 at a 20 percent faster rate than during the previous decade, scientists said 20 June as the UN unveiled an initiative to harness the “untapped potential” of the land sector to fight climate change.
— Mizzima

Guide to: Doing business in Yangon
With economic reforms in place and the labour force expected to swell to 10 million by 2030, Yangon is fast becoming one of the prime cities for business in the region.
— Business Times

More migrants return to Myanmar as arrests increase in Thailand
Myanmar migrant workers are returning home as arrests continue in Thailand for those without proper documents according to Kyauk Lone Gyi welcoming camp in Myawaddy.
— Eleven Myanmar

Myanmar worker killed in row with compatriots in Tak
A Myanmar migrant worker was nearly decapitated in Tak on Wednesday night in an apparent quarrel with compatriots over a betel nut purchase.
— The Nation

From Malaysia to Myanmar, social ventures build homes and safe spaces
From building homes for indigenous people in Malaysia to opening up public spaces for women in Myanmar, a growing number of businesses with a social purpose are improving the lives of vulnerable communities in these rapidly expanding countries.
— Free Malaysia Today

In Myanmar, a free media is still a pipe dream
Myanmar’s 2008 Constitution may guarantee press freedom and freedom of expression, but draconian defamation laws have replaced the censorship that prevailed under the junta, which was in power until a general election in 2010.
— Asia Times

Rohingya Crisis Is Making Some In Myanmar Rethink Their Views Of Aung San Suu Kyi
As she collected her Nobel Peace Prize in Oslo 21 years after it was awarded, Aung San Suu Kyi recalled her years in isolation as a political prisoner, held under house arrest by what was then Burma’s ruling junta.
— NPR

Accountability is the only way to end violence in Myanmar
Three women were at their farm when they were taken by 80 soldiers belonging to Myanmar military, and were repeatedly gang-raped by the troops before eventually being released four days later.
— The Guardian

Chinese manufacturers eye Myanmar base as trade war escalates
Myanmar stands to gain from the ongoing trade spat between China and the US, U Than Aung Kyaw, deputy director general of the Directorate of Investment and Company Administration (DICA), said yesterday.
— The Myanmar Times