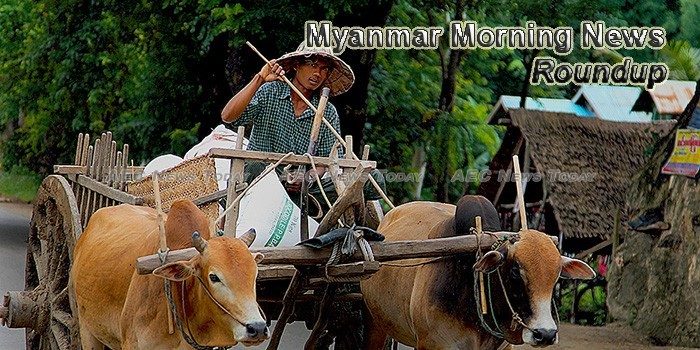 Myanmar’s not-so-underground casinos in line for legalization
Casinos are banned in Myanmar, but you would not know that by looking at the ones in the country’s border areas. In the eastern town of Myawaddy, across a river from Thailand, the gaming houses light up the night like their counterparts in Macau or Las Vegas, though they are smaller. Little effort is made to conceal what goes on inside.
— Nikkei Asian Review (metered paywall)

Slashed! Tax amnesty gets the chop
Parliament has scrapped a tax amnesty plan proposed by the construction industry that some observers have said was “fundamentally unfair”.
— Frontier Myanmar

Myanmar seeks closer Thai business ties
THOUGH MYANMAR received only US$123 million (Bt3.84 billion) from Thai investments in the previous fiscal year ending on March 31, the nation’s investment body foresees a significant inflow of Thai businesses over the next few years.
— The Nation

Myanmar’s manufacturing PMI rises to record high in March
The Nikkei Myanmar Manufacturing Purchasing Managers’ Index, or PMI, improved to 53.7 in March from 52.6 in February. The reading was the highest since the survey began in December 2015.
— Nikkei Asian Review (metered paywall)

New bridge to resolve Thilawa’s transport nightmare
INVESTORS in Thilawa Special Economic Zone (SEZ) and Thanlyin residents now see the light at the end of the long tunnel, as a new bridge connecting the area with Yangon is scheduled to complete within four years.
— The Myanmar Times

Impact Terra raises $3M to provide ag data to Myanmar farmers
More than 60% of Myanmar’s workforce depends on farming for a living, but the country’s agriculture sector is among the least productive in Asia.
— Impact Alpha

Doklam lesson: Army increases strength at India-China-Myanmar tri-junction near Tibet
WALONG (ARUNACHAL PRADESH): Indian troops deployed along the disputed Sino-India border in the Himalayan range of the Arunachal sector have increased their patrolling at a tri-junction of India, China and Myanmar to prevent a repeat of a Doklam-like standoff.
— The Economic Times

FDA introduces alternative drugs for formalin
The Food and Drug Administration (FDA) demonstrated the use of preservation drugs to businesspersons at its office in Yangon last Saturday.
— The Global Newlight of Myanmar

Thailand Morning News For May 31