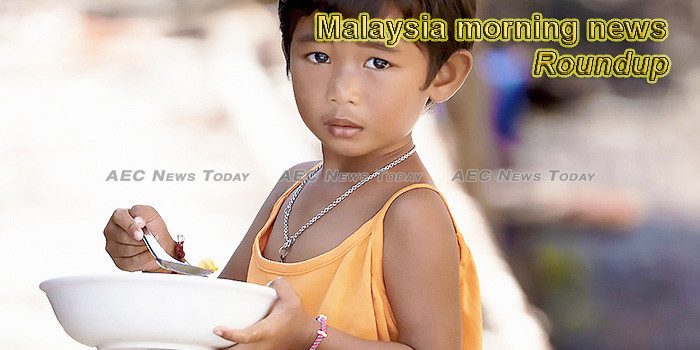 Malaysia’s economic growth to slow to 4.7% this year
Malaysia’s economy is expected to grow at a slower pace of 4.7% in 2018 from 5.9% last year, according to Allianz Group.
— The Star Online

Malaysia to reduce visa cost for China tourists
THE government will look at ways to reduce the cost of visa for Chinese tourists, says Tun Dr Mahathir Mohamad.
— The Star Online

Why the GST Became Malaysia’s Public Enemy Number One
On September 1, 2018, the Sales and Service Tax (SST), the replacement for the Goods and services Tax (GST) in Malaysia, started to take effect. Currently, there are about 160 countries in the world implementing a GST, while the rest are struggling to conduct such tax reform.
— The Diplomat

Sarawak to woo Middle Eastern visitors
Sarawak is seeking to tap the Middle Eastern market as Visit Sarawak begins in earnest in January next year.
— FMT

Malaysia is among the first in the world to get the iPhone XR
When it comes to brand new iPhone launches, Malaysia is often left out from the the list of first wave releases. Apple’s first wave countries usually include the US, UK, Australia, Hong Kong and Singapore, and it will take approximately a month before the devices go on sale in Malaysia officially.
— Soyacincau

Malaysia and ASEAN not dumping ground for advanced countries
The government has frozen permits for local operators to import plastic waste for recycling in the country.
— New Straits Times

Barakah secures restraining order against creditors
Barakah Offshore Petroleum Bhd and its unit, PBJV Group Sdn Bhd, have secured a court order restraining all proceedings and actions against the companies.
— The Star Online

Putrajaya urged to ratify UN declaration on religious freedom
A DAP parliamentarian today urged Malaysia to sign and ratify the United Nations Declaration on the Elimination of All Forms of Intolerance and of Discrimination Based on Religion or Belief, which will allow for religious freedom in the country.
— FMT

AGC rejects Farid Kamil’s attempt to get charges dropped
The Attorney General’s Chambers (AGC) has rejected Datuk Farid Kamil Zahari’s representation for the five criminal charges against him to be dropped.
— Malay Mail