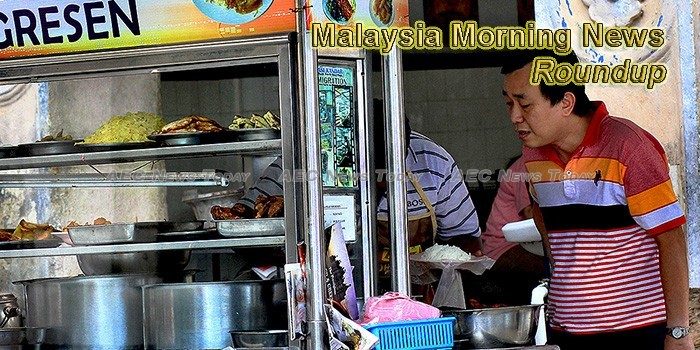 13 new ministers on leaked Malaysia Cabinet list
Several Members of Parliament (MPs) whose names are said to be on a list of proposed ministers and deputy ministers that allegedly leaked on Monday night (Jun 25) appeared coy when pressed on the matter.
— Channel NewsAsia

No ringgit peg for Malaysia for now; changing currency an option: Mahathir
There is no need to peg the ringgit at the moment although the country will study this as an option if needed, Malaysian Prime Minister Mahathir Mohamad told Channel NewsAsia on Monday (Jun 25), adding that his government is also mulling going cashless or changing currencies in a bid to combat corruption.
— Channel NewsAsia

Analysis: Malaysia’s belt-tightening resurrects age-old water dispute with Singapore
For over half a century, island-state Singapore has been getting half its fresh water from northern neighbour Malaysia – a deal that could be up for review as the new prime minister in Kuala Lumpur seeks to cut down on the country’s ballooning debt.
— The Star Online

Ringgit to continue seeing near-term pressure but long-term growth
While the ringgit has started off the year strong with a continued strengthening against the US dollar (USD), it has recently weakened and ended up breaching the psychological level of 4.00 against the USD.
— The Borneo Post

Malaysia’s 1MDB audits from 2010 to 2012 did not give ‘true and fair’ assessment, KPMG says
Auditors KPMG have notified Malaysia’s scandal-hit state fund 1Malaysia Development Berhad (1MDB) [TERRN.UL] that its audits for three years do not provide a “true and fair” assessment of the company, the fund said on Tuesday.
— Reuters

Will Malaysia End Its Military Presence in Saudi Arabia?
The new government is raising fresh concerns around an issue that has been under scrutiny.
— The Diplomat

GrabPay Officially Launched In Malaysia With 500 Merchants
Grab has officially launched GrabPay in Malaysia. The e-wallet was activated for use with Grab’s own ride sharing service last month, but it now available for use with over 500 merchants across the country.
— Lowyat

Gold in disfavour with investors
Gold is not a safe haven asset at the moment as reflected from its dwindling prices, according to OCBC Bank.
— New Straits Times

Can Japan learn from Malaysia too?
Japan, unknown to many, is a hybrid. It has an imperial system steeped in ancient Japanese culture and Shinto religion.
— Malaysiakini

Construction of HSBC HQ ahead of schedule
HSBC Bank Malaysia Bhd (HSBC), one of the investors in the Tun Razak Exchange (TRX) project, is pleased with the contruction of their headquarters building in the financial district as it is ahead of schedule, said chief executive officer Stuart Milne.
— The Borneo Post

KPMG tells 1MDB board 2010-2012 audit reports ‘unreliable’
KPMG, one of four external auditors that 1Malaysia Development Bhd (1MDB) hired over the course of 2010 till 2017, has come out as the second auditor to void its audit reports on 1MDB, citing revelations in the declassified Auditor-General’s report on the state investment company.
— The Sun Daily

‘Business as usual for oBike Malaysia’
The oBike bicycle-sharing service is still operating in Malaysia and many parts of the world.
— Free Malaysia Today