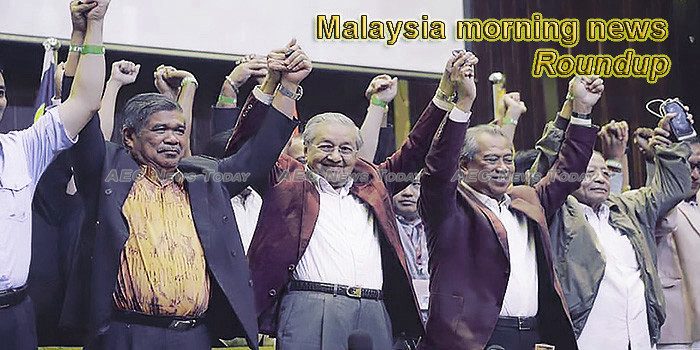 Malaysia sees soft power sector growth in 2018
Due to adequate reserve margin at 30 per cent and flat economic fundamentals, the power sector does not see much growth in 2018 even though the distribution side is still keeping pace with supply connections to new areas and new demands.
— The Star Online

Recalibrate 2019 budget only if oil price hits US$30
The government still has room to breathe and will only recalibrate the 2019 Budget if Brent crude oil prices dip below US$30 per barrel, suggests Bank Islam Malaysia Bhd chief economist Dr Mohd Afzanizam Abdul Rashid.
— The Star Online

SME sector robust amid growth of IR4.0
Malaysian small and medium enterprises (SMEs) remained robust in 2018 as the sector braced for the adoption of Industrial Revolution 4.0 (IR4.0), with strong and encouraging support from the government.
— The Borneo Post

Malaysia Airports: Connecting travellers to local brands
Airports play an important role in promoting local brands to international and local travellers alike, and at Malaysia Airports Holdings Bhd, the organisaion sees its network of airports as a strong platform to stimulate interest and encourage purchase of locally made products to the thousands of people that throng through its airports on a daily basis.
— Malaysian Reserve

Malaysia 2018: Courage to change
Coming into 2018, Malaysia was convulsed by chaos and labelled a kleptocracy. Against all the odds, there is now a feeling of hope for the future. The old order has been toppled, the powerful hauled up and the days of casual crookedness over.
— UCA News