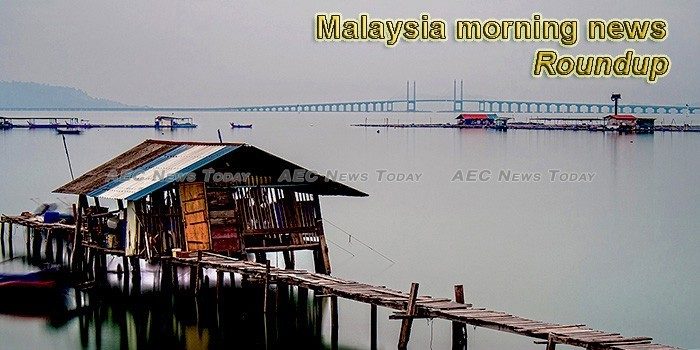 Not too much sugar tax — yes, that’s just right
The recently proposed soda tax or sugar tax suggested by the Pakatan Harapan government has sparked debate on whether the tax will be effective in gaining tax revenue to help meet the shortfall from the change of GST to SST, and whether the tax will be able to curb sugary drink consumption in Malaysia.
— The Borneo Post

Mahathir believes Jho Low probably hiding in China
Tun Dr Mahathir Mohamad believes that fugitive businessman Low Taek Jho is in China although he neither has proof nor brought this up during his talks with the country’s leaders.
— Asia One

Manufacturing sector positive on second half but caution remains
The outlook for Malaysia’s manufacturing sector, which slowed down in the first half of 2018 (1H18) as production volume and capacity utilisation moderated in line with lower sales, is positive in 2H18 but amid caution, with the balance of risks in the global economy tilting towards the downside.
— The Sun Daily

Japanese support for Malaysia to slay Blue Samurai
A Japanese will be rooting for Malaysia to beat Japan in an Asian Games round of 16 match in Bekasi tomorrow.
— New Straits Times

MIA proposes increasing penalty by up to ten times
The Malaysian Institute of Accountants (MIA) wants to increase the penalty for accountants who flout the law by up to 10 times.
— The Star Online

Controversy over Menara UOA Bangsar
A unique situation has risen over the management of Menara UOA Bangsar, one of five commercial office blocks under UOA REIT, which comes under the UOA Group.
— The Star Online

Why you should consider studying in South East Asia
Eric Kimathi Buantai, Director International Officer at the Universiti Selangor swears that opting to study in Malaysia remains his best decision yet.
— Standard Media

Ancient Malaysian site off the radar
Malaysia will restore what it claims is the oldest sites of human civilisation in Southeast Asia in a move to gain recognition as a World Heritage site.
— TTR Weekly