Cambodia Morning News For May 8 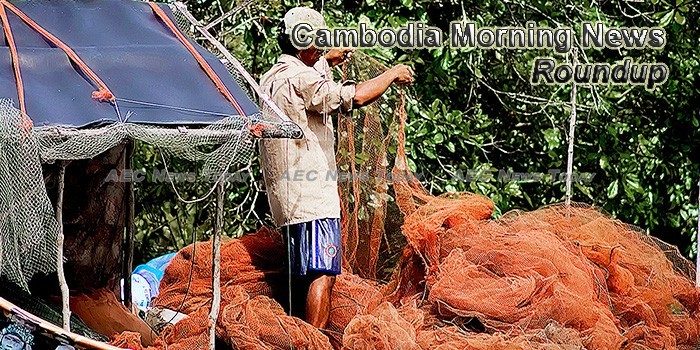 Tax cuts promised for SMEs that register with GDT
In order to bring more businesses into the regulatory fold, the government has promised attractive new incentives for companies that register before December, including a two-year break on tax revenue.
— Khmer Times

US trade reform and dispute with China good for exports: Ministry
Cambodia must move fast to make the most of the recent tax reform in the US and its ongoing trade dispute with China, said a high-ranking official at the Ministry of Economy and Finance.
— Khmer Times

PM says he will be world’s longest-serving leader
Prime Minister Hun Sen said yesterday that he will be prime minister for the next ten years to break the world record for running a country.
— Khmer Times

MoI Announces 38 Registered Political Parties
Ministry of Interior (MoI) announced on Monday a list of 38 political parties that registered at the MoI in accordance with the Law on Political Parties, according to a letter from the General Administration Department of the MoI.
— Fresh News

Minister of Information Orders to Ban Broadcasting of Alcohol
Khieu Kanharith, Minister of Information urged the immediate ban on the production and distribution of any karaoke music or videos that broadcast alcohol as a way to resolve depression issue, as the acts affect dignity and social behavior, according to the minister’s letter addressed to media’s owner dated on Monday.
— Fresh News

Kino-mo puts a holographic spin on retail displays
A deck of cards fans out in mid-air, close enough to touch, encouraging you to try your luck at the nearby casino tables.
— The Phnom Penh Post