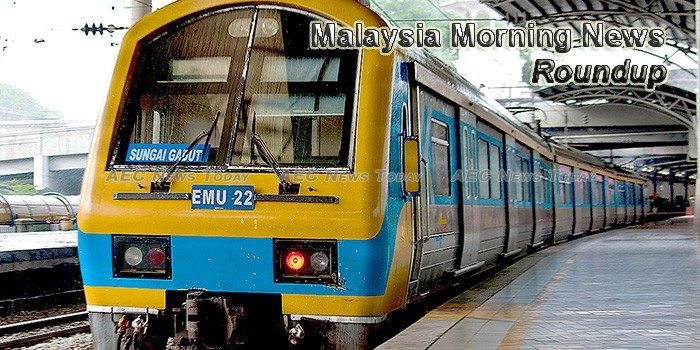 Public Bank to push ahead with business, digital innovation
Public Bank Bhd, which recorded another profit milestone in 2017 with profit before tax of RM7.12bil, will accelerate its business and digital innovation as well as pursue operational efficiency.
— The Star Online

One group not profiting from Malaysia’s stock rally: Small caps
After a stellar 16% rally last year, small-cap stocks in Malaysia have had a rough start to 2018 as investors switch to defensive blue chips ahead of the nation’s 14th general elections next month.
— The Star Online

Seaweed superfood: Malaysia seeks UN recognition to boost international awareness
Malaysia is seeking recognition from the Food and Agriculture Organization (FAO) of the United Nations (UN) for its seaweed to be classed as a superfood.
— Food Navigator

Public Bank shareholders pay homage to Teh
In the first AGM after the announcement of Public Bank Bhd chairman Tan Sri Dr Teh Hong Piow’s retirement, shareholders took the opportunity to express their gratitude and commend him on his leadership of the group.
— The Sun Daily

Malaysia looks to widen tech exports in Germany
MALAYSIA is expected to expand its exports to Germany by promoting local industrial technology players and products at Hannover Messe 2018, to be held from today till April 27.
— The Malaysian Reserve

Helping the poor should be mandatory
THE poor must not be allowed to endure poverty. But, they do because it is not obligatory to help them.
— New Straits Times