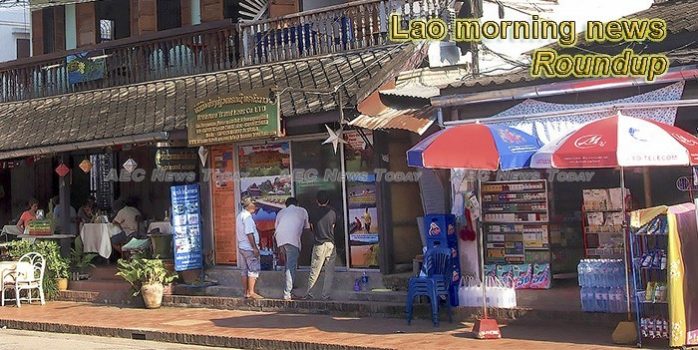 Lao’s Sekong River under siege
In serving as the “Battery of Asia” to its power-hungry neighbours, Lao PDR is cramming dozens of dams onto its network of rivers.
— The Asean Post

Laos Launches Website to Promote and Preserve Traditional Food and Farming
Restaurateurs and entrepreneurs can now tap into Laos’s rich food and farming culture, with the launch of a website dedicated to preserving traditional recipes and agricultural practices before they die out.
— Jakarta Globe

Laos calls on int’l community to join forces against cluster munitions
Laos has affirmed its commitment to the Convention on Cluster Munitions, while calling on countries the world over to also support the ban on the use of such devices.
— Vientiane Times

Getting high in Laos’ opium-riddled mountains
In a hut on the top of a fog-licked mountain in northern Laos, Vo Pali is getting high.
— The Jakarta Post

The Man Behind Laos’s Most Powerful Logging Company (1996)
Logging Lord (1996): ABC Australia profiles Laos’s General Cheng, leader of the military, director of one of the country’s biggest logging company BPKP, and one of Laos’s most powerful figures.
— Journeyman Pictures

PM holds up Nam Theun 2 dam as successful hydro model
The government views the Nam Theun 2 hydropower project in Khammuan province as a successful model as it seeks to strengthen the country’s electricity generation policy, according to Prime Minister Thongloun Sisoulith.
— Vientiane Times

Laos, Vietnam affirm continuing cooperation in national solidarity
Laos and Vietnam have affirmed their continued partnership in maintaining national solidarity and development through the sharing of information and experiences.
— Vientiane Times