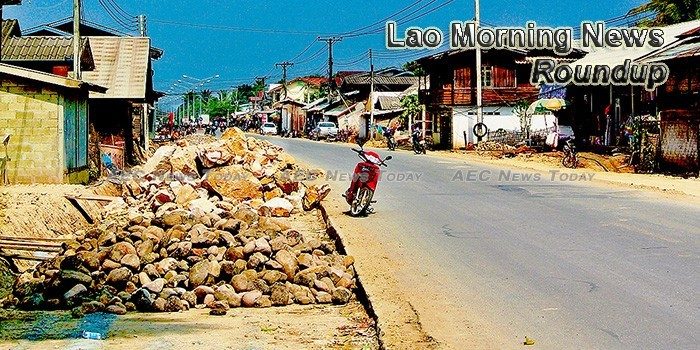 Four-month revenue collection amounts to only 20 percent of 2018 target
The collection of revenue throughout the nation over the past four months has reached 5,297 billion kip, equal to only 20.81 percent of the figure targeted for the whole of 2018.
— Vientiane Times

‘Visit Laos Year 2018’: A Real Boost for the Tourism Industry?
The appearance of Laos as a land with beautiful nature, peaceful temples, and historical architecture with a French touch often misleads people into thinking that the tourism industry is a considerable part of the tiny, landlocked Southeast Asian state’s economy.
— The Diplomat (paywall)

Laos looks to hydropower to boost economy
Laos has ambitions to be the region’s main producer of hydropower by 2025 – and through this, it hopes to raise its people out of poverty. But it’s not putting all its eggs into one basket, and for back-up, it’s looking at developing its mining and tourism sectors.
— Channel NewsAsia

Asian productivity body aiming to boost output
The 60th session of the Asian Productivity Organisation (APO) Governing Body being hosted by Laos in Vientiane from May 8-10 will promote government and business sector productivity through new technologies, systems, techniques and innovation.
— Vientiane Times

Lao Government Launches New Push Against Corruption
Lao government officials have launched a new push against corruption in the one-party communist state, with state inspection authorities stepping up investigations across the country and reporting in February that they had discovered up to $120,000 missing from state funds, sources in Laos said.
— Radio Free Asia