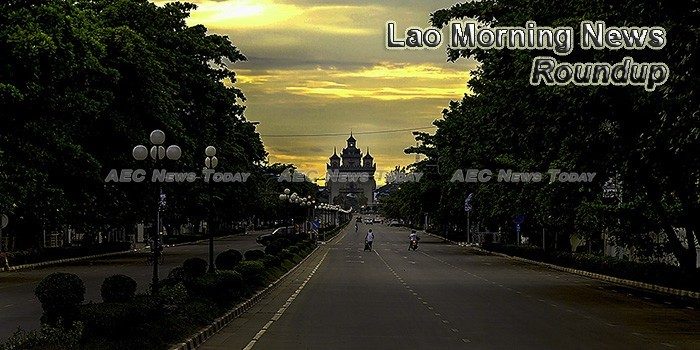 Japan supports Vientiane irrigation improvement
The Government of Japan has agreed to support a Vientiane irrigated agriculture improvement project with 837 million yen (US$7.4 million) under Laos’ strategy to increase its 10 major provinces’ rice production to 2.5 million tonnes by 2020.
— Vientiane Times

Laos, China ink deal on plant protection
Laos and China will partner in the area of plant protection and green crop standards after government officials signed an agreement in Vientiane on January 23.
— Vientiane Times

Lao Officials Begin Probe of Red Panda Trafficking Incident
Lao officials are conducting an investigation into a man and woman arrested by border police earlier this month for trafficking six red pandas from China, three of which died despite efforts by a wildlife protection group to save them.
— Radio Free Asia