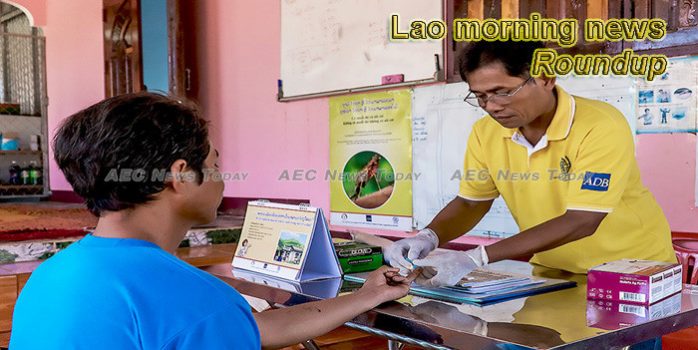 Costs of Cable: Laos Ranks Low, Has High-Price Broadband Connections
Mobile connections keep us moving, but the fastest speeds are still to be found via fiber optic cable.
— Laotian Times

Agricultural research to get additional funds injection
The government plans to inject more funds into research activities so that it can use the scientific studies as a reference when developing an agriculture promotion policy, according to a senior government leader.
— Vientiane Times

Turning bombs into bracelets, as Laos villagers wait for safe land
With a long-stemmed ladle, Vanthon pulls shiny, molten metal from a kiln and deftly pours it into a mold carved in a wooden block.
— ABS-CBN

Vietnam, Laos boost judicial cooperation
Vietnamese Minister of Justice Le Thanh Long and his Lao counterpart Xaysi Santivong agreed to work closely together to launch a bilateral cooperation programme for 2019, during their talks in Hanoi on December 10.
— Vietnam+

Liberia’s Drive For Legal Timber Trade Attracts Visit by Delegation From Laos
A high-level delegation from the South-East Asian nation of Laos has described its recent visit to Liberia to acquaint itself with Liberia’s model in the conduct of the Voluntary Partnership Agreement (VPA) signed with the EU as something worthy of emulating.
— KPL