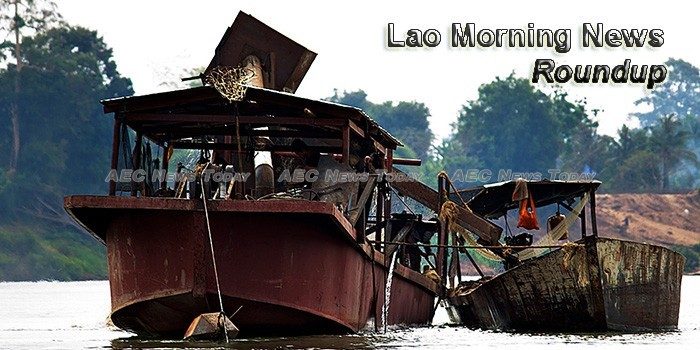 Over 5,200 U-5 Children in Pakading To Be Vaccinated
More than 5,200 under 5 children in Pakading district, Borikhamxay Province will be vaccinated under the National Immunization Programme, supported by the United Nations Children Fund (UNICEF) and the World Health Organisation (WHO).
— Lao News Agency

Vietnam helps Lao journalists improve skills
A training course on professional skills for journalists and reporters of centrally-run press agencies and localities of Laos opened in the capital city of Vientiane on April 2.
— Vietnam Plus

Rescue of Endangered Asiatic Black Bears Highlights Laos’ Uphill Fight Against Wildlife Trade
The capture of endangered Asiatic blacks bears, which are typically exported and sold so their parts can be used for medicinal purposes, continues to occur in Laos, despite efforts to reduce wildlife poaching and trafficking in the Southeast Asian nation and pledges by authorities to crack down on those who engage in them.
— Radio Free Asia

Laos to name three new cities
The government has approved a change in the status of Luang Prabang, Kaysone Phomvihane and Pakxe from towns to new cities, according to the Ministry of Home Affairs.
— Vientiane Times

Grand event to celebrate recognition of khaen music as humanity’s heritage
A grand event involving a number of activities is being prepared to celebrate the recent declaration of the khaen music of the Lao people as part of the world’s cultural heritage.
— Vientiane Times

Authorities vow to uncover more corrupt officials
Inspection authorities are committed to carrying out in-depth investigations into groups of core and leading officials who appear to have become unusually wealthy.
— Vientiane Times