Indonesia Morning News For May 4 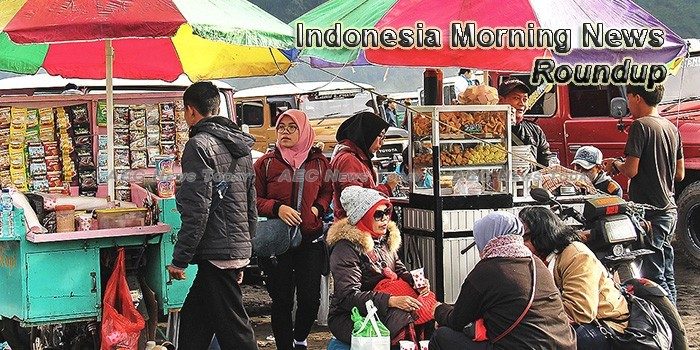 Dollar’s Comeback Knocks Stocks in Indonesia as Foreign Investors Flee
One of the biggest casualties of the rising dollar is the emerging market of Indonesia, which is seeing heavy stocks selling by foreign investors.
— The Wall Street Journal

Waste recycling goes hi-tech
Modern industrial life has brought with it an excess of trash, which is damaging the environment while causing various natural disasters such as floods and landslides.
— The Jakarta Post

Pertamina shells out Rp 8.57t in dividend to government
State-owned oil and gas company Pertamina says it has transferred Rp 8.57 trillion (US$613.18 million) in dividend to the government from the Rp 33.3 trillion net profit it booked in 2017.
— The Jakarta Post

Former house speaker Setya Novanto will not appeal 15-year corruption sentence: lawyer
Last week’s conviction of former house speaker Setya Novanto has been hailed as a huge win in the fight against corruption in Indonesia, with the once “invincible” politician receiving a 15-year sentence for his role in the massive e-KTP (electronic ID card) graft case.
— Coconuts Jakarta

The Coalition is Heating Up
Having the support of 290 seats in the House of Representatives (DPR) is more than enough to register Joko Widodo as a presidential candidate.
— Tempo.co

Weak Consumption May Keep Indonesia From Raising Rates Just Yet
Indonesia’s central bank said it won’t hesitate to raise interest rates to stabilize the rupiah, but that plan faces a hurdle in the form of Indonesians who aren’t spending enough.
— Bloomberg

Indonesia Moves Towards Smart Buildings
The Building Energy Management Systems (BEMS) Market in Southeast Asia is set to develop at a compound annual growth rate of 12.2% to 2020, according to Frost & Sullivan’s.
— PR Newswire (media release)

Indonesia’s March palm oil output forecast to drop to 3.34 mln T -Reuters survey
The output of palm oil from Indonesia, the world’s top producer, likely fell slightly in March, while exports were expected to be a bit higher, a Reuterssurvey showed on Thursday.
— Reuters

Indonesia raises April Minas crude price to $68.39/bbl
Indonesia has set the official Indonesia Crude Price (ICP) for Minas crude oil at $68.39 a barrel for April, up $5.54 from the previous month, a document from the Ministry of Energy & Mineral Resources showed on Thursday.
— Business Recorder (media release)

Stainless Steel Glut Builds in China as Indonesia Ups Output
An abundance of stainless steel in China following the ramp up of new production in Indonesia is threatening stainless mills globally and the nickel producers that supply them.
— Jakarta Globe