Indonesia Morning News For May 25 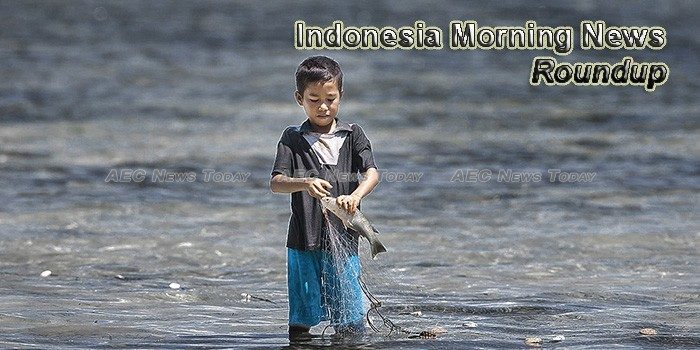 Indonesia’s anti-terror Bill to extend detention
Changes to an anti-terror law expected to be passed today will allow the Indonesian authorities to hold anyone suspected of planning a terror attack, based on preliminary leads, for up to 21 days.
— The Straits Times

Jakarta prison riot highlights growing problems with overcrowding
When prisoners rioted at the Mako Brimob facility, the result was deadly. Five policemen lost their lives, and one inmate died. Nobody remains in that section of the prison in Depok, near Jakarta.
— Asean Today

How to reform Indonesia’s deradicalisation policy
The Surabaya church bombing attack is the deadliest attack so far by groups affiliated with the so-called Islamic State (IS) in Indonesia, with 13 people dead and 43 others injured.
— East Asia Forum

Indonesia’s New Central Bank Governor Pledges Focus on Rupiah Stability
Indonesia’s newly sworn in central bank governor on Thursday (24/05) promised to use interest rate policy to stabilize the rupiah currency in the near term and to be “more pre-emptive” and ahead of the curve on monetary settings.
— Jakarta Globe

Indonesia exits Uber Cup after losing to Thailand
Indonesia was ousted by host Thailand from the 2018 Uber Cup women’s badminton championship after losing 3-2 in the quarterfinals in Bangkok on Thursday.
— The Jakarta Post

Distraction or disaster? Freeport’s giant Indonesian mine haunted by audit report
A state audit of operations at Indonesia’s Grasberg mine has cast a cloud over the government’s multi-billion-dollar deal to take a majority stake in the mine from Freeport McMoRan Inc and its partner Rio Tinto, according to government and company officials.
— Reuters

Jokowi: Improving Infrastructure for Indonesia Golden 2045
President Joko Widodo or Jokowi said to head towards Golden Indonesia in 2045 there were several steps to be passed.
— Tempo.co

PNG cracks down on illegal vanilla trade to Indonesia
Papua New Guinea authorities have implemented a ban on vanilla trade across the border with Indonesia.
— Radio New Zealand

Teenager threatens to shoot President Jokowi and burn his house down in viral video, tells police he was joking after arrest
A 16-year-old from Jakarta, identified by his initials RTJ , is under police investigation over a viral video in which he threatened to kill President Joko Widodo, which he later said was a joke.
— Coconuts Jakarta