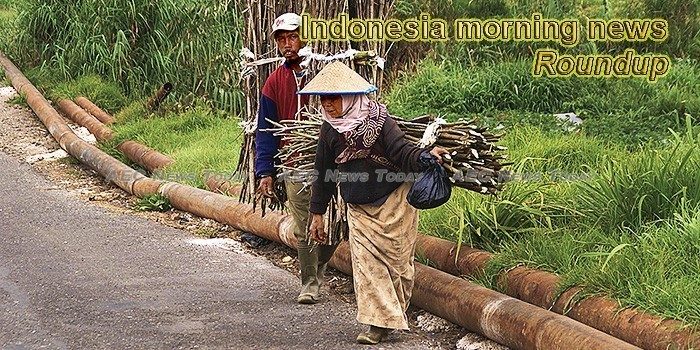 Indonesia lures Uganda with $30 million in projects
Indonesia is offering Uganda joint infrastructure projects worth tens of millions of dollars amid ambitious plans to “intensively” open up new markets in Africa.
— The Jakarta Post (paywall)

Indonesian prison caught in ‘luxury’ cell scandal
Conditions at prisons in Indonesia are often poor and overcrowded, but officials at a prison in West Java have been arrested for allegedly providing “luxury” facilities for prisoners who are able to pay a price.
— Deutsche Welle

Public transportation users up 11.4% in Jakarta since expansion of odd-even rule
Ahead of the start of the Asian Games on August 18, the Jakarta Government has been conducting a test expansion of the odd-even traffic rule in the hopes that it can help tame some of the capital’s notoriously awful traffic so that, once the massive sporting event begins, athletes and sports officials will be able to make it to their venues in a reasonable amount of time (they will also be shutting down some of the capital’s toll gates for that reason as well).
— Coconuts Jakarta

Female Workers to Hold Protest at State Palace
Female workers who are members of the Indonesian Labor Unions Confederation (KSPI) will hold a rally in front of the State Palace tomorrow, July 25.
— Tempo.co

Indonesia’s MD Pictures Set for IPO Boost to Hollywood Ambitions
Leading Indonesian film and TV production company, MD Pictures is to go public with an IPO on the Jakarta stock exchange. It aims to raise some $29 million.
— Variety

Indonesia:Transport insurance business forecast to grow by 10% this year
A new regulation covering insurance for the export of coal and palm oil (CPO) as well as improving economic conditions are likely to boost transport insurance, including marine cargo insurance, at least until the end of 2018, says the Indonesian General Insurance Association (AAUI).
— Asia Insurance Review

BUMDes Establishments Surpass Medium Term Target by Six-Fold
The number of village-owned enterprises or BUMDes that have been established has increased significantly.
— Netral News

Treat rape victim as victim
A 15-year-old girl in Jambi is going to prison for terminating her eight-month pregnancy, a result of sexual assaults by her own brother who is 18.
— The Jakarta Post

Thailand Morning News For May 4