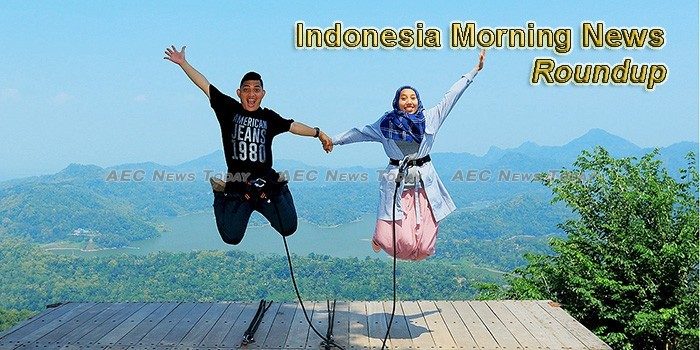 Lampung Disburses IDR 400 Billion for First Phase Village Development
Lampung Province has allocated 20 percent of its village fund budget for the first phase in June 2018, from the total IDR 2 trillion budget (around IDR 400 billion). However, there are three villages in North Lampung District that have not received funding from the State-Budget.
— Netral News

Indonesia, Malaysia must fight EU over CPO ban: Mahathir
Malaysian Prime Minister Mahathir Mohamad has said Indonesia and Malaysia need to fight together against the European Union’s plan to restrict exports of crude palm oil (CPO) and its derivative products to member countries of the union.
— The Jakarta Post

Indonesia and Thailand Set to Discuss Cooperation on Trade, Investment and Tourism
The ninth meeting of the Indonesia-Thailand Joint Commission will take place in Yogyakarta next week when the two countries will discuss ways to improve cooperation on trade, investment and tourism.
— Jakarta Globe

Indonesia’s geothermal potential
Many are unaware of this, but Southeast Asia is home to 25 percent of the world’s geothermal generation capacity.
— The Asean Post

Govt hopeful for renewed migrant worker agreement
Indonesia is hopeful that Malaysia, under the leadership of re-instated Prime Minister Mahathir Mohamad, would be more cooperative in renewing an agreement on the protection of Indonesian domestic workers in spite of the dubious policies the world’s oldest leader made in the past.
— The Jakarta Post

Media Should be Active in Publicizing Pandemic Disease Issue: FAO
The Indonesian Ministry of Agriculture (MoA) together with the FAO Emergency Centre for Transboundary Animal Diseases (ECTAD) Indonesia encourage the mass media to be more active in publicising the issue of pandemic diseases, especially in raising awareness to prevent and control new Emerging Infectious Diseases (EID) and reduce the threat of Antimicrobial Resistance (AMR) using the “One Health” approach.
— Tempo.co

Soccer – Indonesia beats Laos 1-0 in AFF tournament
The Indonesian team of under-19 years old players (Timnas U-19) defeated team of Laos 1-0 in the first match of the U-19 AFF Cup tournament at the Gelora Delta Sidoarjo in East Java on Sunday night.
— Antara News