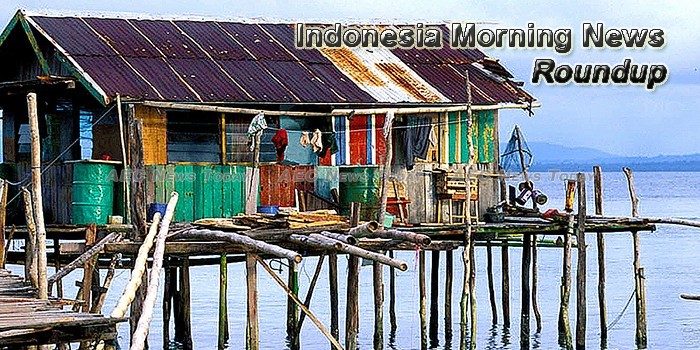 China Re-issues Mangosteen Export Permit for Indonesia
The Chinese Government has allowed Indonesia to export mangosteen to China after the fruit commodity was banned for four years due to the lack of quality standards.
— Tempo

Govt opens rice import option
The government through the Ministry of Trade stated that it opened the option of importing special rice to strengthen the stock.
— Antara

Line said to explore cryptocurrencies for payment services
Line Corp. is working to integrate cryptocurrencies into its messaging platform as the Tokyo-based company seeks to differentiate its products and services, according to people with knowledge of the matter.
— The Jakarta Post

Gov’t to Cut ‘Red Line’ Imports by Half to Improve Port Dwelling Time
Next month, the government will ease imports on a majority of goods that are currently prohibited or severely restricted to accelerate handling processes at ports across the country, Finance Minister Sri Mulyani Indrawati said on Tuesday (09/01).
— JakartaGlobe

Indonesia to Open Over Billion Dollar Tender for Kalimantan Gas Pipelines
Indonesia will open a tender in 2018 for the development of three pipelines to transport and distribute gas from Natuna in Riau Islands to Kalimantan, the chairman of BPH Migas, the country’s downstream oil and gas regulator, said on Tuesday (09/01).
— JakartaGlobe

Susi insists on continuing her ship-sinking policy
Maritime Affairs and Fisheries Minister Susi Pudjiastuti has insisted that she will continue to sink ships that have been found guilty of operating illegally in Indonesian waters.
— The Jakarta Post

Indonesia: A Booming Market for Online Shopping
The third edition of InternetRetailing Expo Indonesia will discuss the country’s most pressing trends from 24-25 January.
— Asiaoutlook

Indonesia’s alleged paedophile scandal
A teacher in Indonesia has been arrested on suspicion of sexually abusing dozens of young boys, officials have said.
— UCA News

3 Mistakes in Starting Business According to Go-Jek CEO
Nowadays, the younger generation choose to enter the business world by presenting numerous innovations in an attempt to attract consumers. Oftentimes, many of them make several mistakes during the commencement.
— Tempo

DBS Group Research: Household Consumption to Improve in 2018
Household consumption in Indonesia is expected to improve in 2018. This assumption is based on a number of indicators that show a positive trend.
— Indonesia Investment