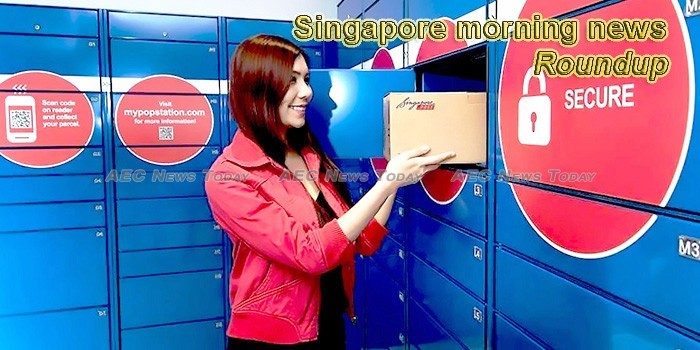 Condo and HDB rents down in Sept: SRX
The sluggish rental market for both private and HDB properties is showing no signs of improving, going by flash data from real estate portal SRX yesterday.
— Straits Times

Singapore sticks a pin before property bubble forms
Property investors anticipated a boom in Singapore as prices increased sharply by 9.1 percent over the past year.
— The Asean Post

Talent crunch cracks Singapore’s wealth management scene despite hefty bonuses
There is still a lot of work to catch up on in order to run after 1,400 individuals in the Lion City with net worths above $69m.
— Singapore Business Review

Rules to bar fintechs from moving into banking ops
While fintechs are welcome to set up shop here, there will be clear lines drawn to prevent them from using funds to push into banking operations, such as extending loans.
— Straits Times

Singapore Airlines reclaims world’s longest flight
Long-haul flights half way across the globe are making a comeback even with oil prices close to their highest in four years.
— Bangkok Post

Google’s massively leaked Pixel 3 phones to launch in Singapore in November. Here’s what’s new
Aside from the phones and the charging stand, Google’s launch event in Singapore earlier this morning didn’t even acknowledge the existence of the Pixel Slate and Google Home Hub.
— Yahoo News

Russian cybersecurity firm Group-IB to move global HQ to Singapore
MOSCOW-BASED firm Group-IB has spent close to a decade fighting and investigating cybercrime in countries all over the world. Now, the company is training its sights on Singapore as the catalyst for an expansion into South-east Asia.
— Business Times

Singapore Smart City: Smart Commute
From e-payments to improving public transport, these are just some of the initiatives covered in the Smart City video series produced by The Business Times (BT).
— The New Paper

We ask experts the one skill that spanned their careers
“Effective communication” is the one skill that has stood the test of time for Professor Lim Sun Sun, Head of Humanities, Arts and Social Sciences at the Singapore University of Technology and Design.
— GovInsider

Go-Jek confirms it’s coming to Singapore in November
Since the middle of 2018, we’ve been waiting expectantly for Indonesian ride-hailing unicorn Go-Jek to launch their services in Singapore, Thailand, Vietnam and the Philippines this September.
— Asia One

Why the festivalisation trend is sweeping through Singapore
Transforming business events into festivals is one of the innovative steps shaping Singapore, writes Martin Donovan, editor of Mix – Asia’s Creative Meetings Magazine.
— Exhibition World

Construction firms challenged as business shrinks, cashflow hit
THE beleaguered oil and gas industry has barely started to climb out of the hole when another major business sector – construction – is headed for dark times, with increasing liquidations and collapses.
— Business Times

How Spore’s building firms can become regional leaders
ASIA is the place to be if you are a construction company. Experts predict the region’s share of global construction will reach 40 per cent by 2024, with a nominal value of US$2.4 trillion. Every Singaporean construction company will be looking around the region and wondering how to get a piece of this enormous pie.
— Business Times

Protecting migratory birds with tracking tech
Technology has not only confirmed what conservationists believed about the key role the Mandai Mangrove and Mudflat plays for migratory birds stopping at the Sungei Buloh Wetland Reserve, it has also helped the mudflat earn nature park status.
— Straits Times

Clinics under probe over Chas still open; no doctor suspended
All Access Medical clinics that will be suspended from the Community Health Assist Scheme (Chas) are still operating as normal, and none of the group’s doctors has been suspended.
— Straits Times

Changi East gears up for massive airport building works
A huge plot of land next to Changi Airport will become a massive construction zone when major tunnelling works start next year and the construction of a new passenger terminal begins around 2020.
— Straits Times

Woman guilty of maid abuse rushed to hospital during hearing
As her lawyer was arguing for her to be given a fine instead of a jail sentence in an abuse case that had left her maid with permanent scars, employer Anita Damu suddenly took ill and had to be rushed to hospital.
— Straits Times

Andean beauties in full bloom at Gardens by the Bay
Thousands of South American beauties are gathered at Gardens by the Bay in the first orchid display of its kind in Asia. Held at the Cloud Forest, the exhibition will feature some 3,000 orchids from 85 types that are native to the Andes mountains, and will be on show till March 24 next year. Here are some of them
— Straits Times

MAS chief upbeat on global economy despite trade tensions
Global economic risks may have risen but there is no need to overreact just yet, said Singapore’s central bank chief Ravi Menon.
— Straits Times

Woman bitten by python on second storey of Sembawang HDB block
The 42-year-old was looking for her cat among a row of potted plants when she suddenly felt a sharp pain in her left leg. She freaked out when she saw what bit her was a 3m-long python.
— Straits Times

Culture of complacency the greatest ‘virus’ in Singapore’s battle against cyberattacks
Singapore has been investing heavily into cybersecurity amid its Smart Nation drive. But as details of the events leading to the cyberattack on Singapore Health Services’ patient database system in June emerge, so too do signs of a worrying trend: Has a culture of complacency seeped into the people and organisations tasked with defending the nation against cyber threats?
— The Edge

People in S’pore resorting to renting expensive watches they cannot afford yet or ever
Called “subscription watch clubs”, there are two platforms already in existence here for the past 18 months, according to CNALifestyle.
Acquired Time and TenTwo are the two platforms that have been offering watch rental services here.
— Mothership