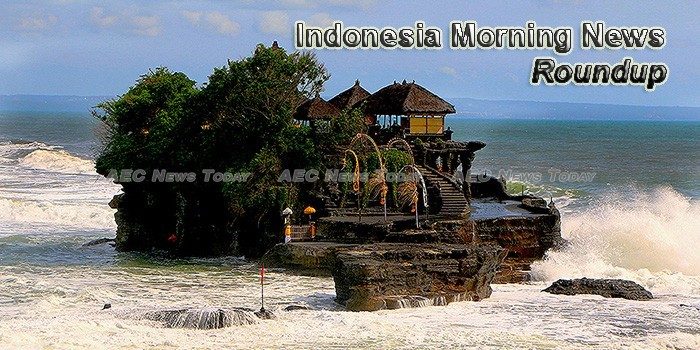 CPO exports to continue increasing in next 10 years
Economic analyst, Bustanul Arifin, has predicted the export volume and value of crude palm oil (CPO) and its derivatives to continue to rise in the next 10 years.
— Antara

Ministry to Auction Work Areas Mid-February
The Energy Ministry will hold the first auctions for oil and gas work areas in mid-February. Deputy Energy Minister Arcandra Tahar said that 25 to 59 work areas will be offered in the auction.
— Tempo

Mahakam’s oil and gas production plummets
State-owned energy giant Pertamina has seen a significant drop in oil and gas production from the Mahakam block, the largest gas field in East Kalimantan, just a month after the company acquired the block from France’s Total E&P Indonesie and Japan’s Inpex at the beginning of this year.
— The Jakarta Post

Bitcoin Falls: Half Its Value Lost in 2018
Bitcoin briefly slid below $6,000 on Tuesday to its lowest point so far this year in a sell-off that has seen the cryptocurrency lose more than half its value.
— Tempo

What’s in a name in Indonesia?
Mohammad Hamdan is the spiritual caretaker of Mesjid Raya Al Mashun, the largest mosque in the Indonesian city of Medan on the island of North Sumatra. One of his top responsibilities is to help parents name their new born children.
— Asia Times

Eyeing SE Asia’s $1b market, tokens platform Waves partners Indonesia’s Tokenomy
Blockchain-based token platform Waves has announced a collaboration with Indonesian counterpart Tokenomy to tap opportunities in the Southeast Asian token market, which it said in a blog post is worth $1 billion.
— DealStreetAsia

Soekarno-Hatta Landslide May Caused by Construction Failure
The Indonesian Contractors Association (ICA) predicts that the landslide at the Soekarno-Hatta airport area that caused a concrete wall to collapse is due to construction failure.
— Tempo

Supporting Investment Development, Govt Revokes 32 Regulations
To support investment development, the Government through the Ministry of Energy and Mineral Resources has revoked 32 regulations to simplify the rules.
— Netral News

Indonesia has great sharia finance potential: President
At the session of National Committee for Sharia Finance President Joko Widodo (Jokowi) has remarked that the potential of Islamic finance development in Indonesia is very great, considering the country has largest Muslim population in the world.
— Antara