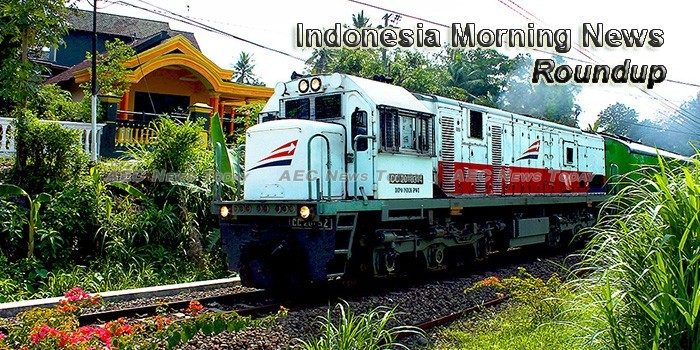 Buffalo meat import far exceeds set quota in 2017
The State Logistics Agency’s (Bulog) procurement director, Andrianto Wahyu Adi, said in Jakarta over the weekend that the agency had obtained a permit from the Trade Ministry to import 100,000 tons of buffalo meat this year, exceeding the 2017 quota set by the government by 81 percent.
— The Jakarta Post

Less headwinds for renewables now says Indonesia pioneer
The developer of Indonesia’s first commercial-scale wind farm says conditions for renewable energy investors are better now than ever before, but more work is still needed for the country to achieve its wind energy targets.
— Reuters

Go-Jek confirms $150m investment by Astra, ‘substantial’ funding by GDN
Indonesian ride-hailing firm Go-Jek confirmed on Monday that it has secured a $150-million funding from local conglomerate Astra International as well as an undisclosed amount of financing from investment firm Global Digital Niaga (GDN) as part of its latest funding round.
— DealStreetAsia

SEZs in sumatra to compete with Singapore, Malaysia
The Special Economic Zones (SEZs) in Sumatra, particularly along the Malacca Strait, will face competition from those established in Singapore and Malaysia.
— Antara

Garuda launches insurance for frequent fliers
In an effort to increase revenue from auxiliary products, Garuda Indonesia has launched an insurance service for members of GarudaMiles, its frequent flier program.
— The Jakarta Post

NGO: Planned new coal emission standards not strict enough
The Environment and Forestry Ministry has been urged to be more ambitious concerning stricter emission standards for coal-fired power plants in an upcoming revision of Regulation No. 21/2008 on stationary sources of air pollutants.
— The Jakarta Post

Energy ministry revokes 22 regulations
The Energy and Mineral Resources Ministry has revoked 22 regulations that were hampering the investment process.
— Antara

House Waits for President to Propose Names of BI Governor Candidates
Chairman of Commission XI of the House of Representatives Melchias Markus Mekeng said that the Commission has not been able to provide comments related to the names that are to be nominated as Governor of Bank Indonesia for the period 2018-2023.
— Netral News

Indonesian maid dies after alleged abuse by bosses
A 21-year-old maid who was covered with wounds and had been forced by her employers to sleep outdoors with a dog was pronounced dead in a hospital in Penang on Sunday afternoon, a day after being rescued from her ordeal.
— Asia Times