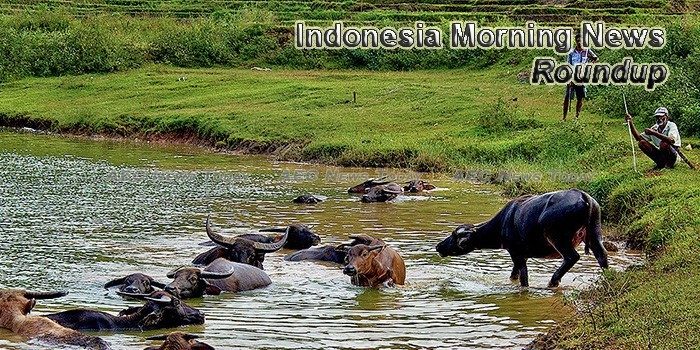 ADB Puts GDP Growth Forecasts for Indonesia at 5.3% in 2018 & 2019
The Asian Development Bank (ADB) stated in its Asian Development Outlook (ADO) report, which was released on Wednesday (11/04), that it expects the Indonesian economy to expand by 5.3 percent year-on-year (y/y) in 2018 and 2019 on the back of rising investment and an improvement in household consumption.
— Indonesia Investments (media release)

Benefits Of Outsourcing HR Services In Indonesia
Outsourcing HR services in Indonesia allows you to grow your business faster. Whether it be outsourcing payroll, fulfilling tax compliance or hiring and terminating employees, engaging an outside agency frees you up to concentrate on what you are good at and can help make sure you find the right people the first time.
— Indonesia Expat

Indonesia shares higher at close of trade; Jakarta Stock Exchange Composite up 0.56%
Indonesia equities were higher at the close on Wednesday, as gains in the Miscellaneous Industry, Basic Industry and Trade sectors propelled shares higher.
— Investing.com

Why we are losing the war against payment card fraud
The string of ATM card skimming scams has once again brought Indonesian payment card
security into the spotlight.
— The Jakarta Post

How Local Charity Rumah Zakat Helps Eradicate Poverty
Established amid the country’s political and economic crisis in 1998, local Islamic-tax
collector Rumah Zakat has transformed itself as a non-governmental organization focused on helping the poor.
— Jakarta Globe

Indonesia’s newest unicorn Bukalapak now wants to take on the big boys
PT Bukalapak.com became a billion-dollar startup by focusing on the Indonesian farmers and small-time merchants that bigger rivals such as PT Tokopedia neglected. Now it wants to buy its way onto their turf.
— Deal Street Asia