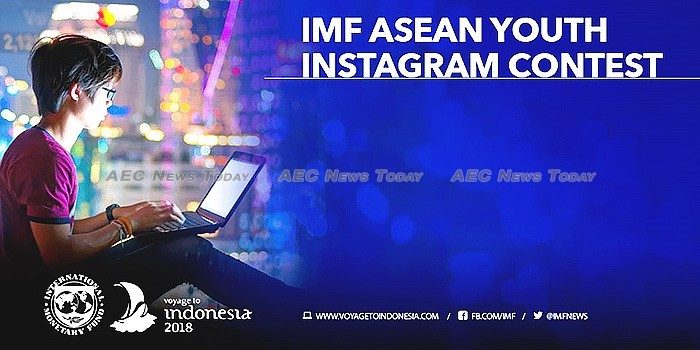 Held between June 18 and August 19 with the themes ‘women economic empowerment’, and ‘youth employment’, entrants were required to illustrate how Asean countries are empowering women in the economy, or how technology is assisting youth job creation. Some 48 entries were received from across Asean.

His photo showed a woman using micro retail technology (Warung Pintar) that allows her to participate in the marketplace more easily, raise her productivity, and increase her income.

Ms Hiralalitya was awarded first prize for her photograph depicting  youth and technology.

Her photograph showed young people sharing and simultaneously looking at their phones, illustrating the use of mobile apps for connecting youth with business partners giving them easier access to jobs, and shared information.

The winners of the competition — in addition to bragging rights — will be flown to Bali for the IMF/ World Bank Group (WBG) Annual Meetings between October 10 and 14. Accommodation, meals, and ground transportation are all included.

In Bali the pair will be joined by the winners of the first Asean Youth Instagram Photo Contest held between March 1 and April 7, Rexor Amancio from Philippines and fellow Indonesian, Kevin Marcellino.

Mr Marcellino took out first prize in the ‘inequality’ category with a photo illustrating the benefits of Kartu Indonesia Pintar (KIP), a programme the Indonesian government uses to provide cash assistance for children aged 6-21-years-old, and to offer equality of education.

The two Asean Youth Instagram Photo Contests are part of the Voyage to Indonesia (VTI) campaign, a series of activities organised by the IMF and its partners in the Asia-Pacific region ahead of its annual gabfest attended by governmental officials of the member countries of the IMF and WBG

The IMF has a page on the meetings, but its information is limited to advice on participation when we visited it here, with no other options working.