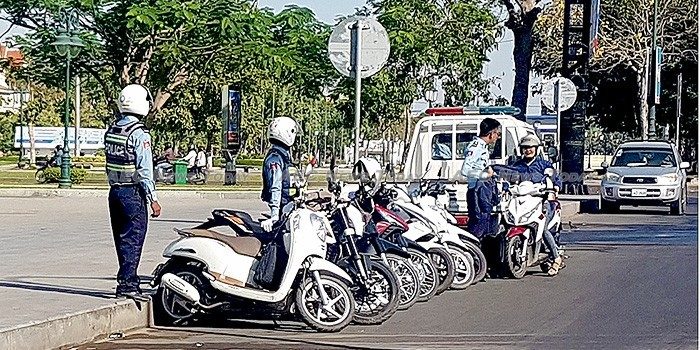 Once one of Southeast Asia’s most relaxed countries for regulatory compliance, Cambodia is rapidly stepping up enforcement measures, with steep fines for those who ignore the warnings.

The latest target of non compliance is work permits, with some 100,000 foreigners working in the country without the required document told to either comply, or face fines after Khmer New Year ends on April 16.

Seng Sakada, director general of Cambodia’s Ministry of Labour’s (MoL) general department of labour, said some 160,000 people from 93 countries are working in the kingdom, with only 57,000 foreigners last year applying for the required document.

While this was a 3,825 per cent increase on the 4,000 work permits issued the year prior, Mr Seng said 102,102 foreigners who should have possessed a work permit last year did not apply for one. Noting that previously the fine for not having a work permit when required to was only US$2 per day, Mr Seng said the penalty has recently increased to $10 per day.

General Sok Pha, director general of the Ministry of Interior’s (MoIs) general immigration department said that foreign workers who filed to obtain the required document after the end of Khmer New Year will be subject to between three and six months in prison and deportation if detected.

Last year 1,389 foreign workers were fined a total of $173,625 for working in Cambodia without a work permit, General Sok said.

A crackdown on tax avoidance last year following a three month amnesty allowing recalcitrant tax payers to refile previously submitted incorrect or missed fillings for the previous five years and make payment without penalty saw The Cambodia Daily shuttered after it was hit with a US$6.3 million tax penalty, which many have labelled as an abuse of media freedom.

In between there has been a crackdown on irregular documentation which has left many long-term Vietnamese residents of Cambodia stateless, despite having lived in Cambodia for generations, though Nouv Leakhena, deputy head of immigration recently revealed that the government plans to issue two-year residency documents to ethnic Vietnamese who can prove they arrived in Cambodia before 2012.

According to The Phnom Penh Post there are about 70,000 ethnic Vietnamese people living in Cambodia, with many of them unable to prove their length of residency after the aforementioned crackdown saw them stripped of their irregular documents.

A crackdown on building site safety signs that were not in Khmer language saw conforming signs installed nationwide in days, while a public berating by Cambodia’s authoritarian Prime Minister, Hun Sen, of Daun Penh District Governor, Sok Penh Vuth in January over the lack of road law enforcement against those failing to comply with traffic laws transiting through Independence Monument, located in front of the prime minister’s house, has seen a dramatic improvement in road law compliance.

In less than 30 days the number of people wearing crash helmets in Phnom Penh increased from perhaps 50 per cent of all riders to possibly as high as 95 per cent.

Police are now visible lurking in the shade of roadside trees, leaping out to stop miscreant motorbike riders without the required safety item, or for driving in convention of road laws — generally on the incorrect side of the road, or the wrong way down a one way street.

Thousands of motorbikes, cars, tuk-tuks and even a mobile coffee stall or two have been seized, while the cost of reclaiming the vehicles can be high.

To reclaim the seized vehicles without payment of a fee owners need to produce both a national identity card and the vehicle’s registration papers — neither of which the majority of people posses. For those without the required documents the ‘bail fee’ is said to be $300… often more than the motorbike is worth.

A crackdown on oversized trucks has left garment factory owners and transport operators howling, with some trucks being shortened on the side of the road when detected, and others being seized for conversion to the the maximum 16 metres (about 52.49) stipulated by law later.

According to Ministry of Transport’s (MoTs) 2017 annual report 2,646 overloaded trucks were fined nearly US$1.3 million last year, though since the PMs edict almost none are now travelling the country’s roads.

More recently the Prime Minister has spoken out against foreign employers, predominantly in the garment sector, who flee in the middle of the night without paying staff their due wages or bonuses.

Speaking to more than 4,140 factory workers whose employers had absconded without paying wages recently, Mr Hun said “the ministry will confiscate the property of the factories to sell off to pay money owed to workers, or to put back into the state budget.”

More recently an authorised fence around a building site encroaching onto a public beach was subject to the Prime Minister’s wrath, with local officials hurriedly tearing the offending structure down.

While the streets may be dusty and the waterways routinely chocked with plastic and styrofoam trash, the blitzkrieg-like speed with which one compliance failure after another is being tackled makes it seems at times like the Prime Minister feels he is in a race against the clock to bring about regulatory and compliance in Asean’s second fastest growing economy.