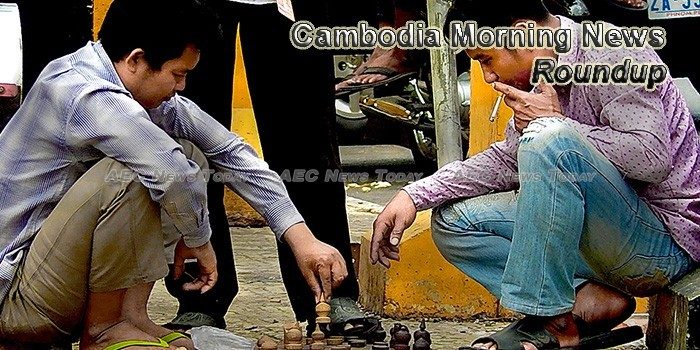 UN data show nearly half of Kingdom’s rice exports undocumented
The UN Food and Agriculture Organisation (FAO) is forecasting that 44 percent of Cambodia’s total rice exports will be smuggled out of the country through informal channels this year, a persistent problem that weighs down profits and threatens to cripple the industry.
— The Phnom Penh Post

Ministry sees strong growth for Kingdom
Cambodia should continue to see steady economic growth at about 7 percent this year despite potential investor caution that could arise ahead of July’s national election, officials from the Ministry of Economy and Finance (MEF) said on Wednesday.
— The Phnom Penh Post

Authorities call for increased surveillance of unions, NGOs
Phnom Penh Municipal Police Chief Chuon Sovann on Wednesday ordered authorities in Phnom Penh to tighten their grip on a broad cross-section of groups, including civil society organisations and communities with “opposition tendencies”, that attempt to cause “social instability” and “political turmoil”.
— The Phnom Penh Post

Germany-led meet seeks to get produce to China
Germany’s international development agency (GIZ) held a workshop on Tuesday that promoted Cambodian agricultural exports to China, focusing on the necessary export guidelines and the sanitation standards that are often lacking in the Kingdom’s agricultural value chains.
— The Phnom Penh Post

Agriculture hits the doldrums
Agriculture plays a crucial contribution to economic growth, but a dramatically slowdown in the last five years has led to concern and the need for government and stakeholders to adopt policies to promote the sector.
— Khmer Times