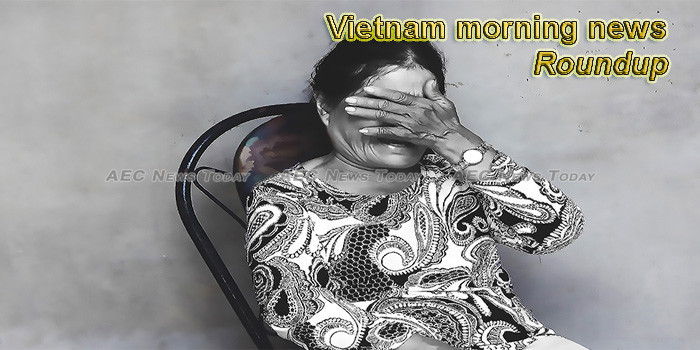 Swine fever outbreak hits Vietnam’s farmers and food industry hard
Since last February, at least 2.47 million pigs have died. There is no vaccine or cure for the disease, which is not transmitted to humans.
— Asia News

Government urged to help grow private sector
Private Vietnamese firms have asked the Government to push administrative reform and build a favourable trade and investment climate to make Việt Nam one of the best places to do business in ASEAN and meet the standards of the Organisation for Economic Co-operation and Development (OECD).
— Viet Nam News

Vietnamese firms urged to make use of CPTPP
Preferential export taxes offered by the Comprehensive and Progressive Agreement for Trans-Pacific Partnership (CPTPP) are expected to be promulgated this month.
— Viet Nam News

Philippine company eyes investment in Vietnam’s tea industry
JG Summit Holdings, Inc., one of the biggest Filipino investors in Vietnam, hopes to invest in sustainably developing tea business in the country, particularly via the participation in public-private-partnership projects.
— VietnamPlus

Local logistics sector amid Industry 4.0
Vietnamese logistics firms are embracing technology to optimise their costs and improve their competitiveness, according to experts.
— VietnamPlus

Firms urged to be more active under FTAs’ pressure
The participation in new-generation free trade agreements (FTAs) has proved to be a driving force for exports but also posed challenges for Vietnamese firms in meeting importers’ requirements and competing with foreign rivals right in the domestic market.
— VietnamPlus

Pilot shortage puts Vietnam’s booming aviation industry in trouble
Over the past few years, Vietnam’s aviation market has been sustaining a two-digit growth rate, while the introduction of new airlines has also put high quality personnel in the industry on high demand.
— The Hanoitimes

Actual FDI to Vietnam in 2019 projected to hit US$22 billion in 2019
Main sources for FDI growth in Vietnam in the near future would come from South Korea, China, Taiwan and Hong Kong (China).
— The Hanoitimes

Int’l Day of Yoga to be observed in Vietnam
An event celebrating the fifth International Day of Yoga (June 21) will be held on June 22, said Rajesh Uike, Deputy Chief of Mission of the Indian Embassy in Vietnam, during a press conference in Hanoi on June 17.
— Sggp News

How to open a business as a foreigner in Da Nang, Vietnam
I get asked this question somewhat regularly. It’s an open ended and quite difficult question to answer, and to be honest one I usually try to avoid. Every business is different, and there is no one size fits all solution for how to legally build your dream.
— Vietnam Insider

Vietnam’s ODA disbursement rate remains below global average
As of 2018, Vietnam has become one of the largest beneficiaries of ODA funds, receiving a total of US$80 billion.
— The Hanoitimes

World fast-food revenues slow in Vietnam, struggling to lure local consumers
The downward trend in the growth rate of the leading fast-food chain stemmed from market changes, consumer’s mindset as well as the emergence of alternative segments.
— The Hanoitimes

Destroyer Visit Puts Japan-Vietnam Military Ties into Focus
Last week, two Japanese vessels paid a scheduled visit to Vietnam. While the interaction was just one of a series of activities in the bilateral relationship, it nonetheless spotlighted some of the ongoing activity in the defense relationship in 2019.
— The Diplomat

Mopeds heat up Vietnamese motorbike market
Due to the cheap price, some businesses admitted that the quality of mopeds is quite poor and the engines would be downgraded after a time in use.
— The Hanoitimes

Southeast Asia sugar industry discusses strategies as global deficit looms
There will be a global sugar deficit of about 2.5 million tonnes in 2019-20, and prices are expected to harden, the fourth meeting of the ASEAN Sugar Alliance heard in HCM City yesterday.
— Viet Nam News

Funds lose against VN-Index as trade war escalates
In the first five months of this year, investment funds lost in the race against the benchmark VN-Index.
— Viet Nam News

Rubber exports plummet
Việt Nam’s rubber exports fell in May due to changing Chinese policies and fears over the US-China trade war, a representative of the Việt Nam Rubber Group (VRG) has said.
— Viet Nam News

Vietnam Sustainable Shrimp Alliance established
An alliance was set up on June 17 with a view to promoting sustainable shrimp production, an important sector in Vietnam’s agriculture.
— VietnamPlus