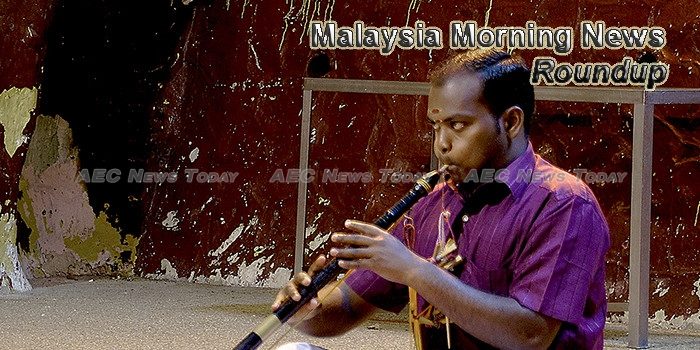 MIER: Malaysia may hit high-income status by early next year
Malaysia may become a high-income economy as early as the first quarter of next year — almost two years before its 2020 target — if more focus is placed on income generating sectors, according to the Malaysian Institute of Economic Research or MIER.
— The Edge Markets

Tencent’s expansion of WeChat Pay into Malaysia is important for its long-term success
This story was delivered to BI Intelligence Apps and Platforms Briefing subscribers. To learn more and subscribe, please click here.
— Business Insider

Malaysia imposes “moratorium” on new uni campuses
The Malaysian minister for higher education has called a halt to any prospective plans to build new university campuses in the country.
— The Pie News

Malaysia and Indonesia mull free trade zone in Borneo at annual summit
The leaders of Malaysia and Indonesia said on Wednesday that they have agreed in principle to establish more trading points along their border on the island of Borneo to strengthen bilateral ties.
— Nikkei Asian Review (paywall)

Malaysia thanks Indonesia for commitment to preserving haze-free skies
Malaysian Prime Minister Najib Razak on Wednesday (Nov 22) praised the Indonesian government for its commitment to tackling open-burning activities, which in previous years had triggered the transboundary haze.
— Today Online

Malaysia, RI to further strengthen cooperation
Malaysia and Indonesia agreed to increase cooperation in all sectors, especially in trade, during their 12th bilateral consultations held in Kuching, Malaysia, on Wednesday.
— The Jakarta Post

WIEF garners US$15.5 bln for the last 13 years
The World Islamic Economic Forum (WIEF) Foundation has launched its inaugural alumni network, connecting thousands of its members across the world, in an effort to create a global community of leaders and thinkers who continue to shape businesses, countries and communities into the future.
— The Borneo Post

Malaysia’s GDP at 3-Year High: ETFs in Focus
Malaysia’s Department of Statistics said that the country’s GDP grew 6.2% year over year in the third quarter of 2017 compared with 5.8% in the second quarter and 4.3% in the year-ago quarter. The Malaysian Ringgit increased after the data release.
— Nasdaq

Creating a regional entertainment hub
LOCALLY-MADE films and television programmes will increasingly be viewed by worldwide audiences soon, now that an international conglomerate has established itself in Kuala Lumpur.
— New Straits Times

IS supporters in Malaysia now working in ‘wolf packs’
In the past, Islamic State (IS) supporters in the country was typically categorised as lone wolves, but now investigators have coined a new term, “wolf pack” for groups in the country comprising of a small number of people.
— New Straits Times