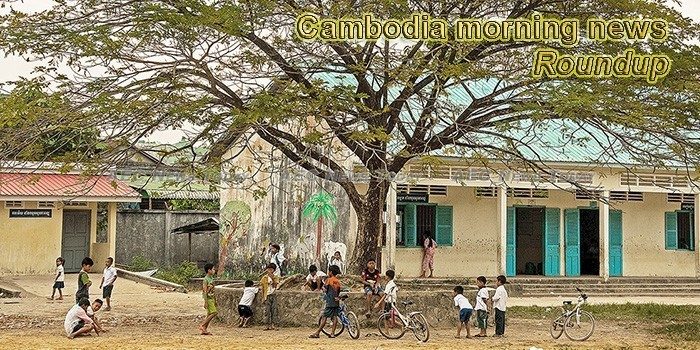 Property sector strong despite election: CBRE
Growth in the local property sector remained robust in the second quarter of 2018, with the condominium, office and industrial sectors all contributing significantly to its expansion, according to CBRE’s latest report.
— Khmer Times

Corn harvest begins in northeast amid price dip
Corn harvest season has begun in the Kingdom, but farmers in the northwest are facing a price decline, and hinting they may seek markets in neighbouring Thailand for their crops.
— The Phnom Penh Post

Inflow of FDI up in first half
The inflow of foreign direct investment (FDI) into Cambodia witnessed solid growth in the first half of this year due to strong funds flowing into the financial and real estate sectors, said a central bank report.
— The Phnom Penh Post

Interior Minister stresses importance of democracy
Interior Minister Sar Kheng yesterday said that voting in the upcoming national election to choose a leader democratically is better than the government being changed through a military coup.
— Khmer Times

Kamchay Hydroelectric Company, Kampot Authority and EDC Develop Joint Flood Prevention Measures
Kamchay dam, located in Kampot province, has suffered heavy rains, with the high speed of flowing water of 1884.6 m³/s, as Cambodia has recently been hit by the tropical winds of the Pacific Ocean, resulting in heavy rains throughout the country, and flooding in some areas.
— Fresh News

Internet users rise as network coverage expands
There has been a spike in the number of internet connections in the Kingdom, with nearly two million new subscribers registered in the first half of 2018, an official with the Telecommunication Regulator Cambodia said yesterday.
— Khmer Times

Voters express confidence in election
As the national poll nears and parties wrap up their campaigns, voters from different walks of life share their opinions with Khmer Times’ reporter Or Sreypich.
— Khmer Times