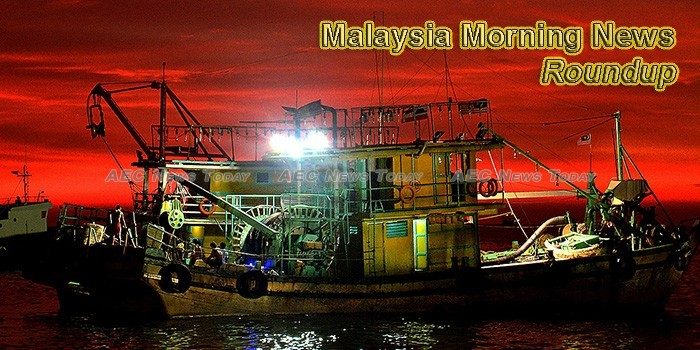 Malaysia Takata Airbag Death See’s Government Push For Compliance
The death last week of a 23-year-old Malaysian man from a faulty Takata airbag is the latest in a steadily increasing number of deaths attributed to the Japanese manufacturer in what is the greatest debacle and disasters in the automotive industry’s history.
— AEC News Today (video)

Najib is out of power but his legacy lives on in giant skyscraper
As Malaysia seeks to move beyond the excesses associated with nearly a decade of rule under ex-prime minister Datuk Seri Najib Razak, one of his pet projects continues to rise irreversibly skyward to become the tallest building in Southeast Asia.
— The Star Online

China’s Brain, Malaysia’s Pain
On May 9, Mahathir Mohamad led his Pakatan Harapan (PH) coalition to an upset electoral victory, ending over 60 years of continuous parliamentary control by the Barisan Nasional (BN) coalition and marking the first democratic change of power in Malaysia’s history.
— The Diplomat

Malaysia retailers see higher sales growth of 5.3% in 2018
The Malaysia Retailers Association (MRA) forecasts retail sales to be 5.3% for 2018, an improvement from the 4.7% growth in its March survey, boosted temporarily by the zero Goods and Sales Tax in June.
— The Star Online

Malaysia morning news for May 13

Asean Morning News For May 31