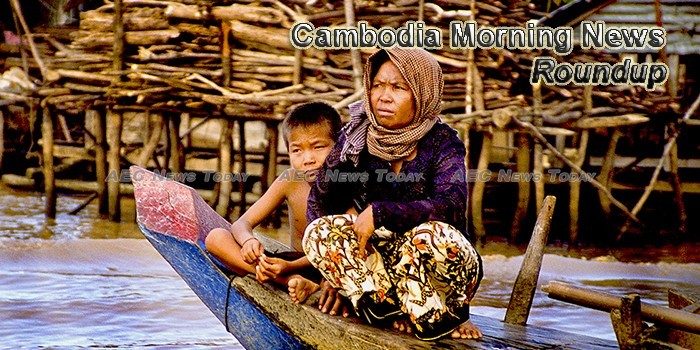 Cambodian exile says postpone election to avoid violence
Exiled Cambodian opposition figure Sam Rainsy on Wednesday raised the prospect of violence if this year’s general election is not postponed, prompting a government accusation of a threat to the state.
— Reuters/Business Insider

Income tax threshold raised again
Workers in Cambodia who make over $250 should start to see more money in their paychecks starting this month, as the government has raised the withholding income tax threshold for the third straight year.
— The Phnom Penh Post

MoFA Assists Over 900 Cambodian Workers Abroad
In 2017, the Ministry of Foreign Affairs and International Cooperation (MoFA) assisted over 900 Cambodians living in nine countries to repatriate, according to MoFA’s press release today.
— Fresh News

Construction project approvals up, but locals aren’t reaping the rewards
The government announced a more than 20 percent increase in approved construction projects last year over the year before, but not all the benefits of the booming industry are being passed on to Cambodian workers and property buyers, according to industry insiders.
— The Phnom Penh Post