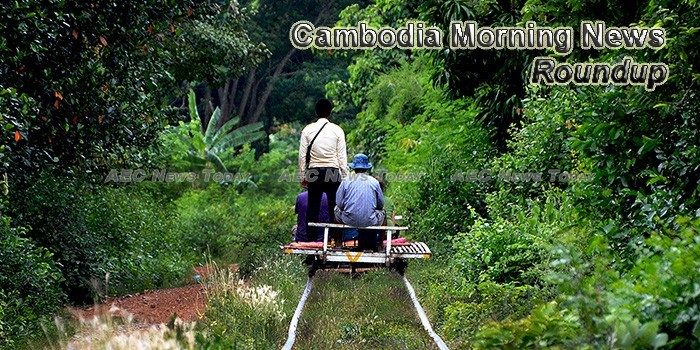 Will world stay silent as Cambodia returns to one-party rule on Sunday?
Cambodia’s constitution says that, of our 61 senators, two are to be nominated by the king, two to be chosen by the National Assembly and the remaining 57 must be selected by a college of commune councillors voted in by the public at local elections.
— The Nation

Government sticks to plan on power price cuts ahead of election
Officials appeared to walk back a promise to issue larger-than-average electricity price reductions ahead of July’s elections, instead following a previously announced plan to make small reductions in costs.
— The Phnom Penh Post

Cambodian aviation: seven airlines and more to come in 2018; start-ups and fleet proliferating
Cambodia’s aviation sector is growing rapidly, leading to a rapid expansion of the Cambodian fleet.
— Centre For Aviation

Inthanin Coffee to expand in Cambodia
CAMBODIA-BASED RCG Retail (Cambodia) Co Ltd has plans to open over 100 stores selling Thailand’s Inthanin brand of coffee in Cambodia from next month until the year 2022, after last week signing a memorandum of understanding with Thailand-based Bangchak Retail Co Ltd.
— The Nation

MoFA to Hold 3-day Annual Congress 2018
Senior Minister Prak Sokhonn, Minister of Foreign Affairs and International Cooperation, will preside over the “Ministry’s Annual Congress 2018” to be held from 28 February to 02 March at the Ministry, according to MoFA’s press release dated on Monday,
— Fresh News