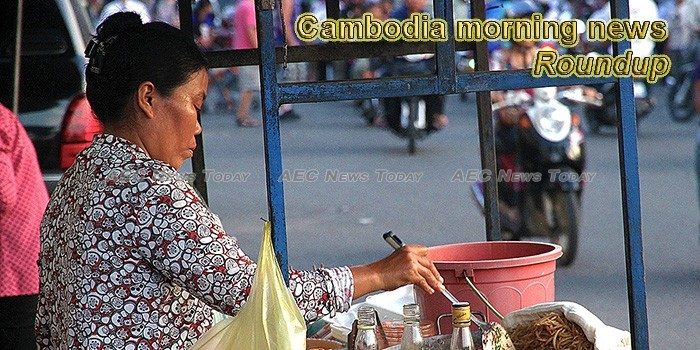 Rainsy Not Dares to Swear, Afraid of Death like His Father: Special Interview with PM Hun Sen
Cambodian Prime Minister Hun Sen, President of the Cambodian People’s Party (CPP), held a special interview with Fresh News CEO Lim Chea Vutha on Monday evening on the fact that former opposition leader Sam Rainsy not dared to swear as requested by the premier.
— Fresh News

Local mango planters can still depend on EU market: Exporter
Despite the failure to export to China and South Korea local planters can expect a boost in the exportation of fresh mangoes to the European Union (EU) provided they have quality products, said an exporter yesterday.
— Khmer Times

Cambodia inks in banana deal with China
With local farmers and exporters now able to meet strict sanitary standards, the governments of Cambodia and China have signed a deal that allows the shipment of Cambodian bananas to the biggest market in the world.
— Fresh Plaza

Cambodians Speak of Threats, Intimidation During Election
Although Prime Minister Hun Sen’s Cambodian People’s Party won a landslide victory in the recent general election, there is growing affirmation that in the weeks leading up to the vote local authorities carried out surveillance of suspected opposition supporters.
— VOA Cambodia

Cambodia’s exchange gets boost from latest addition
THE BIG guns of the Cambodian stock market – a “Clean Water Hero” and a liquor and real estate queen – may be able to revive the fortunes of one of the smallest exchanges in the world, with just five listed firms, that has seen thin trading since it began operating in April 2012.
— Business Times

PM: Form government before UN meeting
Prime Minister Hun Sen has asked legal officials to explore if it would be possible to form the new government earlier than expected, possibly by month’s end, in order to facilitate his presence at the United Nations General Assembly to deliver speech.
— Khmer Times

Ninety tonnes of fake goods seized
Some 90 tonnes of counterfeit products were confiscated and 10 people sent to court in connection with the cases so far this year, the Interior Ministry’s Counter-Counterfeit Committee said.
— The Phnom Penh Post

Union reports no election restrictions on media
The Union of Journalist Federations of Cambodia yesterday said that journalists covering last month’s national election were able to operate with full freedom to disseminate news to the public, despite 17 media outlets being temporarily closed.
— Khmer Times

Cambodia’s Corrupt Election: How Did We Get Here?
Cambodia’s prime minister has been in power for 33 years, and he just won another election — but analysts warn the more he wins, the more authoritarian he becomes.
— Now This News

20,000 Hectares of Rice Fields Affected by Floods, 3,000 Hectares Destroyed
A senior official at the Ministry of Agriculture, Forestry and Fisheries said on Monday that flooding in Cambodia’s Stung Treng, Kratie, Kampong Cham and Tbong Khmum this rainy season has affected 20,000 hectares of rice fields, of which 3,000 hectares were completely destroyed.
— Fresh News

Preah Vihear Temple bombs being removed
The Cambodian Mine Action Center has begun searching for and removing unexploded ordnances left behind from a dispute between Cambodia and Thailand over the Preah Vihear Temple complex in 2008.
— Khmer Times