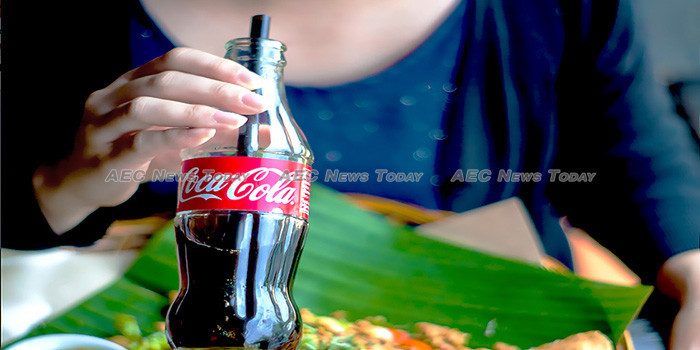 While Singapore considers whether to place a tax or even an outright ban on sugary drinks, Malaysia is taking action. Faced with Asia’s highest rates of diabetes and obesity the Malaysian government will implement a sugar tax on sweet beverages effective April 1, 2019.

In a statement released a week after the announcement, the Federation of Malaysian Manufacturers Malaysia Food Manufacturing Group (FMM MAFMAG) rejected the “selective taxation”, saying it would be ineffective in combating obesity and diseases such as diabetes.

The underlying causes of the health conditions the government is trying to address should be identified first, and any proposed solutions should undergo “rigorous and thorough analysis”, the industry body said

How much sugar is in what you drink

FMM MAFMAG Chairman Nirmalah Thurai said the soda tax was a “very limited solution” that did not effectively promote healthy lifestyles. A collaborative multi-stakeholder approach between the public and private sectors would yield far more effective solutions in combating these public health concerns”, he said.

In response, Fraser and Neave (F&N) Holdings Bhd said it will increase the price on 90 per cent of its range of beverages, as most of them fell within the taxable categories.

F&N said it is looking at the potential of its mineral water products to mitigate the impact of the soda tax.

Neither Coca-Cola nor PepsiCo responded to inquiries on their response to Malaysia’s 2019 soda tax.

However, in 2017 following pressure from the Singaporean government, seven major soft drink manufacturers including Coca-Cola and PepsiCo agreed to reduce the sugar content of their drinks to 12 per cent or less by 2020. Coca-Cola has also introduced new drinks with lower sugar content or no sugar added.

General Manager of Coca-Cola Singapore, Malaysia, Brunei and Cambodia, Tony Del Rosario, said at the time the company would give people the information they needed to make “truly informed choices”.

Many industry observers are hopeful that the 2019 soda tax will drive innovation in Malaysia’s drinks manufacturing industry, bringing changes to the range of beverages on offer.

The Malaysian International Chamber of Commerce (ICC) chairman, Chew Phye Keat, said manufacturers had anticipated the introduction of the soda tax and were now striving to find innovative ways to rethink their manufacturing processes.

“Manufacturers have to think of ways to successfully reduce sugar content, without any change in taste that could potentially affect profits”, Mr Chew said.

“Malaysia has the highest rate of diabetes in Asia“, according to Dr Mustaffa Embong, executive chairman of the National Diabetes Institute (Nadi), adding “there are about 2.5 million people aged 18 and above affected”.

Malaysia is not alone in attempting to battle health issues through effort to fore reduced sugar consumption. Other Asean countries are considering similar tax-based approaches that target high-sugar levels in drinks.

Vietnam is currently  mulling whether to implement a 10 per cent tax on sugary drinks from 2019. As in Malaysia, the proposal has been met with a negative response from Vietnam’s drink industry.

The Vietnam Association of Liquor, Beer and Beverage (VBA) protested the move, saying the tax could hurt small and medium businesses by promoting the circulation of fake products.

“The tax proposal would lead to higher production costs, allowing fake and low-quality products to thrive”, the VBA said in a statement.

In September 16, 2017 Thailand implemented its first excise on sugary beverages with a sugar tax law on with a levy ranging from 10 satang to one baht ($0.031) per litre.

On January 1 this year the Philippines also imposed taxes of between PHP6 to PHP12 ($0.11 – $0.23) on sweetened beverages per litre through its new Tax Reform for Acceleration and Inclusion (Train) law.