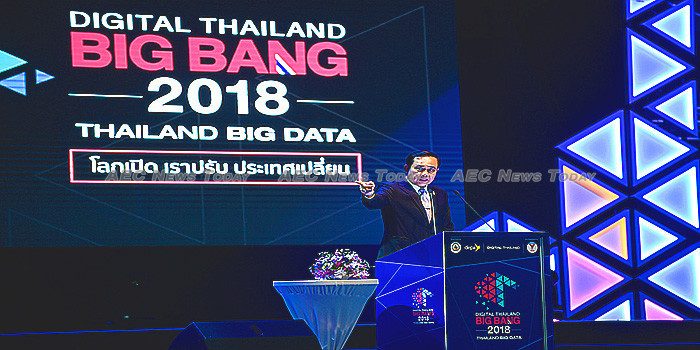 A new study contends that technology can greatly improve the effectiveness of governance, and a new assessment of Asean governments has been made with tech factored in.

The World Governance Indicators, compiled by The World Bank, ranked governments on a scale  of 0 to 100 in terms of government effectiveness. Singapore scored a 100, while Thailand scored 67, Indonesia scored 55 and the Philippines was given a 52. For context, Japan scored a 93 and India a 57.

The concept that new technologies hold great promise for improving government effectiveness includes, among other things, control of corruption and efficient delivery of public goods such as education, health, social security, and transport.

Here are five examples of how governments in the developing world have begun harnessing technology for better government.

Asia is home to nearly a quarter of the world’s population with no official proof of identity. India’s Aadhaar digital ID programme has now registered approximately 1.2 billion Indians covering 99 per cent of the adult population, and it is being used to deliver government subsidies, benefits, and services.

On the back of this national ID programme, India is improving governance in other areas such as tax enforcement and compliance.

In July 2017 it rolled out the Goods and Services Tax (GST), with all filings required to be done electronically through the GST Network, a web-based one-stop shop for all of India’s indirect tax requirements.

India’s GST Network is linked with the national ID system, which is in turn linked to individuals’ bank accounts; unlinked accounts are to be frozen by banks.

The success of India’s national ID system has spurred interest in putting in place similar systems in other countries in Asia. As of today, other large-scale digital ID initiatives in the region include Indonesia’s e-KTP card, Malaysia’s MyKad, and Pakistan’s Nadra system.

According to a study by Transparency International, an estimated $700 million is being paid in bribes at land registration administrators across India. The government of Andhra Pradesh state is utilizing blockchain technology to address issues of fraud and corruption in the state by implementing a blockchain-based platform which would make land ownership data records encrypted and thus incorruptible and transparent.

As highlighted by the 2018 Asian Development Outlook theme chapter ‘How Technology Affects Jobs‘, quality education is key for preparing the workforce of the future. Workers with better foundational skills—which include not only basic reading, writing, numeracy, but also social and emotional skills and digital literacy—are better placed to learn new skills and adapt to working with new technologies.

Quality formal education is the foundation of skills development. For instance, leveraging the widespread use of social media in the Philippines, the CheckMySchool (CMS) initiative is a community monitoring tool that uses crowdsourcing technology to improve the quality of public education.

Developed in partnership with the Philippines Department of Education, the CMS monitors and produces reports on various aspects of public education services, from specific government education programmes to the quality of education infrastructure. Its use has resulted in faster response times from government on a range of issues, from the lack of textbooks to classroom repairs and misreported enrolment rates.

Thailand is pursuing ambitious plans in healthcare delivery, spurred by its desire to become Asia’s healthcare hub. The government created a Ministry for Digital Economy and Society in 2016 and has developed a National Digital Economy Masterplan with a four phase 20-year schedule.

The first masterplan (2017-2022) includes a digital ID system, with plans to establish government Big Data with a Data Analytics Centre, which “will create preparedness for utilising artificial intelligence.”

We do not need to wait until automated vehicles arrive in mega cities in developing Asia to see that new technology promises to transform public transportation and urban development.

A number of cities in Indonesia are actively using technology to improve services. The Jakarta Transport Authority collaborated with several application providers including Trafi, Waze, and Google Maps to evaluate alternative traffic schemes, eventually reducing travel times of Transjakarta buses by 20 per cent and increasing patronage by 30 per cent.

And Surabaya has developed an e-Health service system that allows citizens to schedule appointments in public health centrers or government-owned hospitals without the need to stand in line.