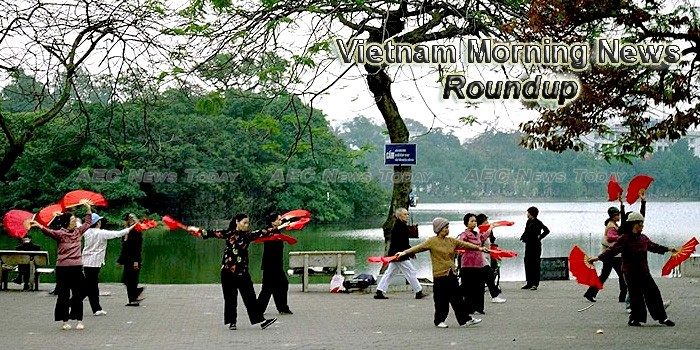 Opportunities exist for rice exports in high-end market
Soon after Vietnam began harvesting the 2016-2017 winter-spring crop, the Thai government announced it planned to sell all its stockpiled rice – estimated at 8 million tons – in the first half of 2017.
— Vietnam.net

NMDC In Talks To Acquire Stake In Vietnam Mine: Report
State-owned iron ore miner NMDC Ltd is in discussions with Vietnam-based Masan Resources to acquire a “considerable stake” in its Nui Phao polymetallic mine, sources close to the development said.
— NDTV

Ex-official of Vietnam shipbuilder faces death sentence for embezzlement
A former official at a subsidiary of Vietnam’s state-owned shipbuilding giant Vinashin is facing capital punishment for embezzling a large amount of money from the company’s funds.
— TuoiTreNews

Erosion-prone village near Vietnam’s Hoi An now a thriving ecotourism site
A village once plagued by soil erosion has emerged as an alluring eco-tourism destination for green-fingered travelers to central Vietnam.
— TuoiTreNews

Agricultural festival in Vietnam
The Ministry of Commerce is calling on local agriculture-related businessmen and enterprises who wish to exhibit their products and are looking for trading partners to join the International Agricultural Festival of the Mekong Delta from March 9 to March 13 in Vietnam’s Can Tho city.
— Khmer Times