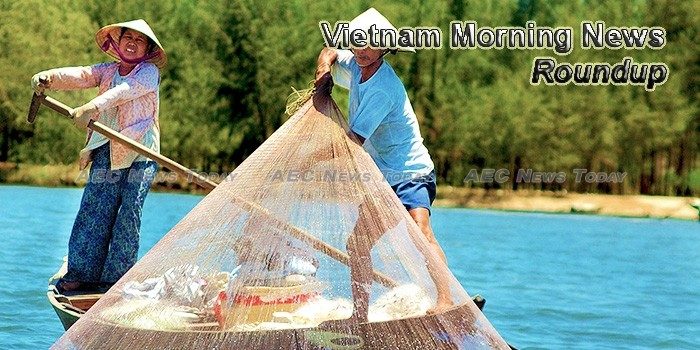 Steel prices set for slight rise
Steel prices will remain stable on the domestic market this month but are expected to increase slightly soon, according to the Ministry of Industry and Trade.
— Viet Nam News

India, Vietnam halt ‘trade war’ on agricultural imports
Vietnam and India have agreed to relax import bans on each other’s agricultural produce after a period of tit for tat that hurt both countries’ businesses.
— Tuoi Tre News

Vietnam releases official code of conduct for tourists
Vietnam’s Ministry of Culture, Sports, and Tourism has issued a code of conduct for the tourism industry, with recommendations for both local and international tourists, as well as tourism service providers.
— Tuoi Tre News

Viet Nam, Israel have much in common: President Rivlin
Việt Nam and Israel should work together in the spirit of creativity and innovation to strengthen bilateral economic co-operation, Israeli President Reuven Rivlin told the Vietnam News Agency in the run up to his March 19-25 official visit to the country.
— Viet Nam News

Hanoi to make regulations on managing and trading
Vice Chairman of Hanoi People’s Committee and Deputy Head of Steering Committee for Food Safety Nguyen Van Suu has recently presided over a meeting to assess the situation and take measures to prevent Methanol poisoning.
— Hanoi Times

Vietnam, US seek ways to enhance defence cooperation
Deputy Minister of National Defence Sen. Lieut. Gen. Nguyen Chi Vinh and US Ambassador to Vietnam Ted Osius discussed measures to further promote defence cooperation between the two countries during their meeting in Hanoi on March 17.
— Vietnam Plus

Ministry disclaims unofficial cost on rice export licensing
The Ministry of Industry and Trade on Friday night officially rejected information on some newspapers saying that businesses must spend at least US$20,000 on rice export license, adding it pure fabrication and seriously affected the industry’s prestige.
— Saigon

Digital in Vietnam: Is politics hindering progress?
With internet usage increasing by an average of 10% a year over the last five years, Vietnam is one of the fastest growing digital economies in the world, creating an amazing opportunity for ecommerce.
— Econsultancy

Planning Law strife marks NA debate
Intense debate over the Planning Law heated up a National Assembly Standing Committee meeting yesterday afternoon, raising fears it might not be passed in time for localities to prepare their own development plans.
— Viet Nam News

Condotel built without permit despite authorities’ reprimands in central Vietnam
A hotel and apartment complex has been discovered to be under construction without legitimate permits despite reprimands from local authorities in the central Vietnamese city of Da Nang.
— Tuoi Tre News

HCM City to build Natural History Museum
Việt Nam’s first natural history museum will be built in HCM City on an area of 23.9 hectares inside the Historical and Cultural Park in District 9.
— Viet Nam News