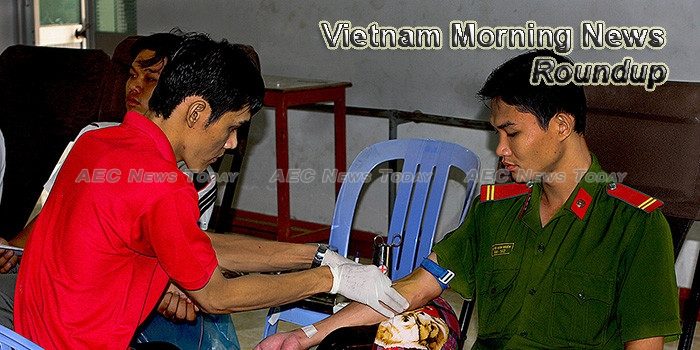 Banks given higher credit limits
The State Bank of Vietnam (SBV) has approved the extension of credit growth limits for many commercial banks to support the country’s economic growth.
— VietnamPlus

Malaria warning as resistant strain spreads to Vietnam
A form of malaria that is resistant to standard treatment has spread to Vietnam for the first time, researchers warned Friday (Sep 22).
— Channel NewsAsia

Business leaders speak out against irrational charges
Virginia Foote, governor of the American Chamber of Commerce in Vietnam, said that enterprises in Vietnam still suffer from various types of taxes and fees as well as irrational business conditions.
— VietnamNet Bridge

PV Oil to offer 20 pct stake in coming IPO: HSC
PetroVietnam Oil Corporation (PV Oil) may double the amount of shares offered as part of its initial public offering (IPO), which is scheduled in the fourth quarter of this year.
— VietnamPlus

Bubble tea’s ascension to the throne as queen of drinks in Vietnam
What started as a sweet treat for teenage girls is now an office staple and is even impacting the real estate market.
— VnExpress

What’s behind chicken exports to Japan?
Local newspapers all reported about the export, commenting that the acceptance by Japan, one of the choosiest markets, shows the competitiveness of Vietnam’s livestock products in the world market.
— VietnamNet Bridge

Uber denies rumor of shutdown in Vietnam
Dang Viet Dung, general manager of Uber Vietnam, has confirmed to Tuoi Tre (Youth) newspaper that the hearsay was completely untrue, adding that he himself was surprised by the rumor.
— Tuoi Tre

Traditional taxi firms turn to technology
The transportation market of Vietnam is witnessing significant changes since the rapid expansion of ride hailing apps Uber and Grab in recent years.
— VietnamPlus