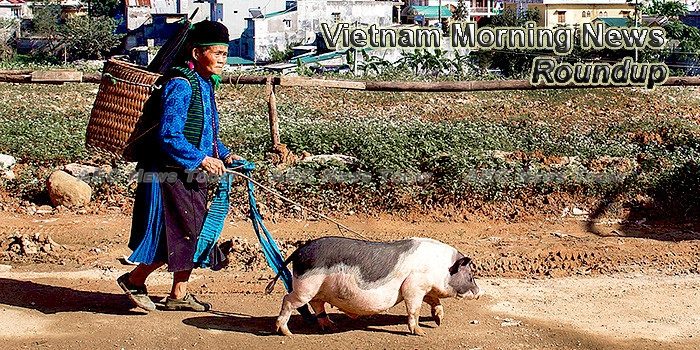 Tax, customs policies remain roadblocks to Vietnamese enterprises
While acknowledging the Government’s efforts in tax reforms, many enterprises say cumbersome tax and customs procedures are blunting the country’s advantage in low-price labour. Participants discussed this at a recent EuroCham workshop on changes in tax and customs regulations.
– VIETNAMNET Bridge

Vietnam: Chinese visits to reach 4 million
Vietnam’s tourism industry projects the country will welcome 4 million Chinese tourists by the end of this year more than a third of the forecasted 11.5 million tourist arrivals for 2017
– TTR Weekly

Vietnam finishes third in Southeast Asia race for tourist dollars
Thailand is way ahead of the game, but Vietnam still welcomed record foreign arrivals and revenue in 2016.
– VnExpress

Japan becomes largest importer of VN’s shrimps
Japan has become the largest market for Vietnamese shrimps, accounting for 21.9 per cent of the country’s shrimp export value in the first quarter of 2017.
– Viet Nam News bizhub

Vietnam among Asia’s growth leaders
According to the outlook, expansion of the ASEAN 5, consisting of Vietnam, Indonesia, Malaysia, the Philippines and Thailand will exceed 5 percent through 2022.
– VIETNAMNET Bridge

Tolling of 13 BOT road projects shortened by over 92 years
The Ministry of Transport has shortened the tolling duration of 13 build-operate-transfer (BOT) road projects by a combined 92 years and three months.
– VIETNAMNET Bridge

Banking system’s liquidity positive after months
Liquidity in the inter-bank market has showed positive signs after several months of being under pressure.
– Viet Nam News bizhub