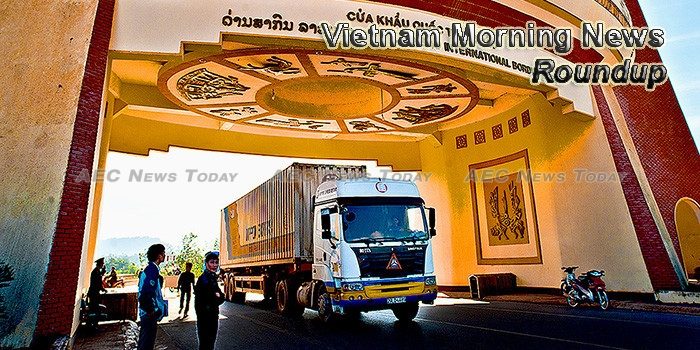 How deep is Vietnam’s rot?
At a meeting of Vietnam’s main anti-corruption body held late last month, the country’s leading politician instructed it to quicken the pace of its investigations into corrupt officials.
— Asia Times

​Viettel, Vinamilk, VNPT most valuable brands in Vietnam
Military-run mobile network operator Viettel has been ranked the most valuable brand in Vietnam this year, followed by dairy firm Vinamilk and telecommunications company VNPT, according to a local trade promotion agency.
— Tuoi Tre

Apple makes serious Vietnam push with FPT’s retail unit
The retail arm of Vietnam’s biggest information technology company FPT will list its shares on the Ho Chi Minh City bourse in the first half of next year, with the plan of using the proceeds over the next three years to open 100 stores officially licensed by Apple, marking a serious push by the U.S. tech group into the communist-led country.
— Nikkei Asian Review

Can Tho puts focus on solar power
Can Tho City is keen on exploiting its renewable energy potential and will provide investors with tax and credit incentives, especially for solar power projects.
— Bizhub

State Budget reform will be a testing process
There has been considerable discussion in the media recently about the urgent need to cut the nation’s bulging public workforce because it has become a heavy burden on the State Budget and the economy as a whole.
— Bizhub

Honda, Nissan recall thousands of cars in Vietnam
Automakers Honda and Nissan have announced a recall of thousands of vehicles in total in Vietnam to fix faults found in their cars’ wing mirrors and airbags.
— Tuoi Tre

Algeria to export dates to Vietnam
Algeria exports some one million tonnes of dates annually, making it rank fourth in the world in terms of total output, reports Vietnam News.
— Fresh Plaza