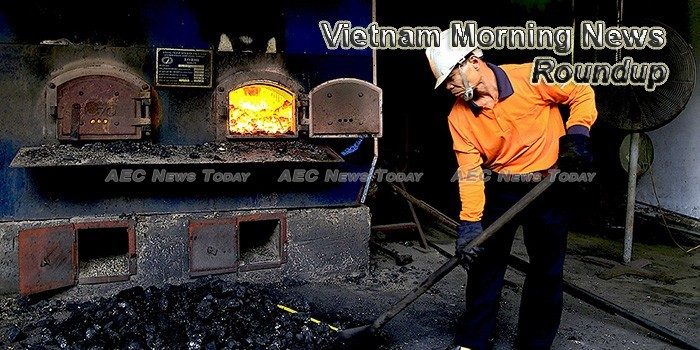 New SBV decree to ease gold trading regulations
The State Bank of Việt Nam is collecting feedback for a decree on gold trading, which will include a monopoly for the central bank on accepting gold deposits.
— Viet Nam News

What’s behind Vietnam’s corruption crackdown?
Vietnam’s crackdown on high level corruption has led to the arrest of dozens of officials from state oil firm PetroVietnam and the banking sector.
— Reuters

Transparency must be improved in SOE equitisation
Transparency in the equitisation of State-owned enterprises (SOEs) must be enhanced to attract foreign strategic investment in the process, experts said.
— Bizhub

Doubts persist over E5 fuel sales
Southern cities and provinces are ready to switch from the RON92 grade petrol to E5 biofuel starting next year, but concerns remain over its pricing and consumer preference.
— Bizhub

Vietnam pays to fortify local production of cashews
The Vietnam Cashew Association (Vinacas) gave the Cambodian Ministry of Agriculture a $66,000 grant late last week to support cashew production in the Kingdom, according to ministry officials.
— The Phnom Penh Post

Fifth network operator licensed to provide 4G
With the reception of these licences, which are valid until September 15, 2024, Vietnamobile has become the 5th telecom firm to be approved as a 4G-service provider in Vietnam along with Viettel, VinaPhone, MobiFone and Gtel.
— VietnamNet Bridge

Vietnam: 90 percent of farm products exported in raw form
Though Vietnam is among the world’s top exporters of farming produces, 90 percent of the products are exported in the raw form with quality and value lower than many foreign rivals, said Minister of Agriculture and Rural Development Nguyen Xuan Cuong in a recent meeting.
— VietnamPlus

GE to drive wave of solar investment in Vietnam
Paul English, executive, GE Power Conversion Asia told Van Mai that GE, the world-leader in industrial power and a pioneer of green and sustainable solutions, is capitalising on this momentum with a plan to provide a complex package of essential solutions to Vietnam’s new solar investors.
— VietnamNet Bridge

Programme helps Vietnamese products gain a foothold
A programme launched by HCM City has proved to be effective in promoting local-made products and supporting domestic businesses to develop brands and improve their production.
— Bizhub

Infrastructure vital for foreign investment attraction
Speaking at the conference, Kawaue Junichi, consul general of Japan in HCMC, said the first thing investors will look at is infrastructure when it comes to making an investment decision.
— VietnamNet Bridge