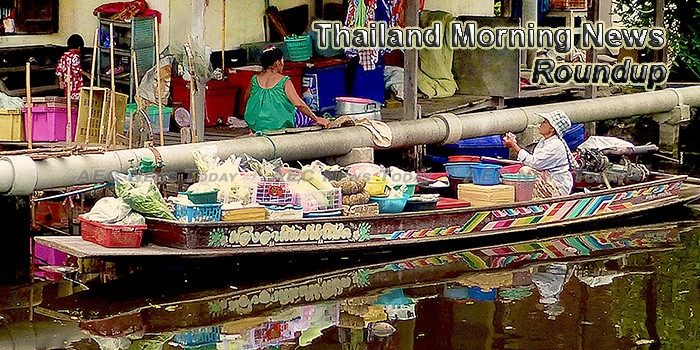 Fast-tracked EEC poses ‘risks environment, social unrest’
ACADEMICS and experts have warned of worsening environmental problems, unrest among affected people and violations of the Constitution after the junta passed an order using the sweeping Article 44 of Interim Charter to shorten the Environmental Impact Assessment (EIA) process for the new Eastern Economic Corridor (EEC).
– The Nation

Charter amendment to be tabled at Monday’s assembly
The National Reform Steering Assembly (NRSA) will discuss a proposal to amend the country’s highest law every 10 years.
– NNT

First quarter’s unemployment rises but social well-being improves
The National Economic and Social Development Board (NESDB) reports that the country’s unemployment rate has risen in the first quarter despite continued economic growth. But the social situation has shown signs of improvement.
– NBT World (VDO)

Officials ground Koh Phangan private airport project
Environmental officials have halted a privately owned airport project on Koh Phangan in Surat Thani after finding its construction, which has already cleared part of a mountain, sits on part of a forest…
– Bangkok Post

PTT eyes budget hotels and more outlets in its gas stations
PTT Public Company has revived for consideration its shelved project to open budget hotels in its selected gas stations to cater to the need of travelers.
– Thai PBS

GSB follows govt’s economic policies
The Government Savings Bank (GSB) is preparing itself for the aging society. Loans will be provided for senior people without collecting interest while they are alive.
– NNT