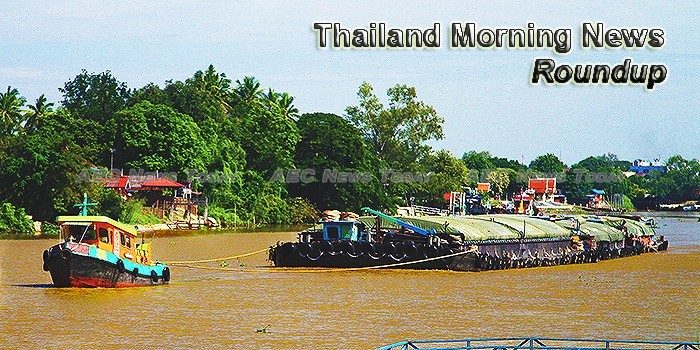 Appeals Court rejects Juthamas’ bail request
The Appeal Court on Friday rejected bail requests made by former Tourism Authority of Thailand (TAT) governor Juthamas Siriwan and her daughter, citing the possibility the defendants might flee the country due to the severity of their sentences for corruption.
– The Nation

National Oil Company proposal scrapped
A NATIONAL Legislative Assembly (NLA) subcommittee yesterday gave in to opposition and withdrew the controversial Article 10/1 amendment to the Petroleum Act, effectively sinking the proposal to set up a new national oil company.
– The Nation

Thai tourism sector earns 1.33 trillion baht in 6 months
The Ministry of Tourism and Sports has revealed that the tourism revenue in the past six months increased by as much as 4.6% compared to the same period a year before.
– NNT

Call for superhighway to help move to 5G
Thailand urgently needs development of a digital information superhighway to support the transition in consumer lifestyles in the upcoming 5G era, says a key official.
– Bangkok Post

Red Bull heir Vorayuth Yoovidhya continues to evade charges over policeman’s death
An heir to the Red Bull fortune has won another delay in facing charges over an alleged hit-and-run that killed a police officer in Thailand almost five years ago.
– ABC

Okay For Red Bull “Boss” Not To Appear, Prosecutors Say
When someone stepped up to explain why a scion of a billionaire family was justified in consistently refusing to meet with authorities over his deadly car crash in 2012, it was neither his lawyer nor his family.
– Khaosod English

14 E. Europeans in Pattaya ‘Mafia’ arrested, deported
Four Russian gangsters who set up shop in Pattaya have been arrested, along with ten other Eastern Europeans engaged in what immigration officials called “Mafia” behavior.
– Pattaya Mail