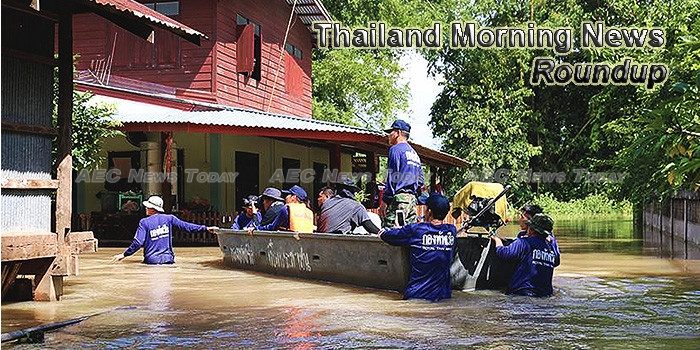 Heavy rain wreck havoc in several southern provinces
Officials of Tarnbokekoranee national park in Krabi have declared Tarnbokekoranee waterfall off-limits to all visitors for their safety after upstream water level has risen sharply due to heavy rain.
— Thai PBS

Industry 4.0, Thailand 4.0: What’s it All Mean? (video)
Industry 4.0’ has become a buzzword among Asean member countries, many of which believe that the ‘4.0’ approach is the right way towards economic prosperity. But what exactly does ‘Industry 4.0’ mean?
— AEC News Today

Ban Chang Smart City Project
Areas in industrial districts are often thought of as polluted places. However, that belief could be changed if a project, called Ban Chang Smart City, is successful. The project is being subsidized by both the public and private sectors in realizing its aims. Kwankamol Prurapark has more details of the progressive plan.
— NBT World (video)

Police are to summon DSI officials for questioning: Pol Lt-Gen Sanit
Thung Song Hong police superintendent was ordered to carefully study the ruling of the Criminal Court regarding the death of former Phuket and Phang-nga land official Thawatchai Anukul before proceeding with an investigation to find out who was or were responsible for his death.
— Thai PBS

SC Asset readies nine launches for Bt11.4 bn
SC Asset Corporation plans to launch nine residential projects worth Bt11.45 billion before the end of this year to boost its full-year presales to Bt16 billion and revenue to Bt14.8 billion.
— The Nation