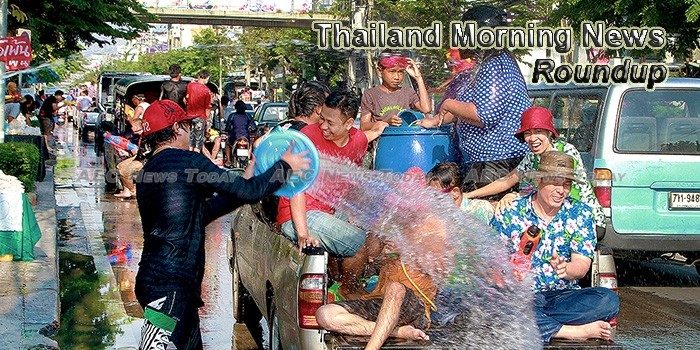 China tank deal cut ‘due to cash woes’
The Royal Thai Army (RTA) has cut the number of Chinese VT-4 battle tanks it wants to buy from 98 to 60 due to insufficient funds, army chief Chalermchai Sittisat said Thursday.
– Bangkok Post

Public debt up 0.5% in February
THAILAND’S public debt outstanding as of February 28 was Bt6.09 trillion, up Bt30.58 billion or 0.5 per cent from January 31, while the Japan Credit Rating Agency (JCR) has maintained Thailand’s credit-rating ceiling at “A+” with “stable” outlook, the Finance Ministry’s Public Debt Management Office (PDMO) reported yesterday.
– The Nation

New Constitution may not change politics, says Abhisit
The leader of Democrat Party and former prime minister Abhisit Vejjajiva was not certain if the new Constitution could change the nature of politics, despite the current regime’s hope that it could.
– The Nation

Commerce ministry and private sector to discuss U.S’ measures against Thai exports
The Ministry of Commerce will meet with the private sector on the U.S.’ policy to reduce a trade deficit with Thailand. They will assess the situation and discuss the possible effects on the country.
– NNT

Indonesia Morning News For May 10