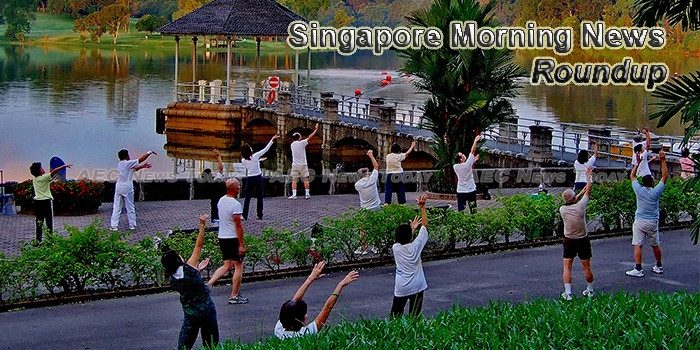 Singapore’s MAS seen on hold as market watches for policy clues
Singapore’s central bank is widely seen sticking to a neutral stance on Friday (Oct 13), but it may be moving closer to tightening policy as the economy continues to strengthen.
— Today Online

Military service a force for division in Singapore
Singaporean Benjamin Matchap recently graduated from Lasalle College of the Arts with a diploma in broadcast media, an occasion where newly credentialed graduates would normally leverage their new skills to enter the work force and launch upon career paths.
— Asia Times

After London, could Singapore be next to fall out of love with Uber
Battling to keep its foothold in London — its largest market in Europe and crucial to its plans to becoming profitable — Uber may soon be confronted with a similar situation in Singapore, the beachhead to ASEAN that is home to more than 600 million consumers.
— DealStreetAsia

Singapore-based Sea Ltd, dubbed the Tencent of Southeast Asia, isn’t really like Tencent at all
Singapore-based Sea Ltd initially modeled itself on Chinese internet colossus Tencent Holdings and is often called the Tencent of Southeast Asia. Now that Sea has filed for a US initial public offering and given a peak at its financials, the resemblance is starting to break down.
— The Straits Times (paywall)

Singapore’s hidden home-sharing economy is quietly on the rise
Sizing up the home-sharing industry in Singapore has become the economist’s puzzle as the aspiring “Smart Nation” grapples with resistance to next-door strangers.
— The Business Times

Nikkei index nears 21-year high amid positive economic data
DRIVEN by improved earnings and optimism over the strength of its economy, Japan’s benchmark Nikkei 225 Index on Wednesday hit a closing high not seen in almost 21 years.
— The Business Times

If you think the hawker centre is not clean enough, you are not alone
Are you unhappy with the cleanliness at the hawker centre you go to for lunch? If you are, you could be part of 30 per cent of Singapore residents who feel the same way.
— Channel NewsAsia

Foreign firms allowed to re-domicile to Singapore from Oct 11
FOREIGN companies can now transfer their registration from their original jurisdiction to Singapore.
— The Business Times

Singapore accountants ‘unprepared for the future’
ACCOUNTING and finance professionals in Singapore are far from ready for the challenges of the future, and the supporting infrastructure is just as ill-prepared, say the findings of a new study.
— The Business Times

50 diesel hybrid buses to be on the road by second half of 2018
Fifty diesel hybrid public buses, which are more environmentally-friendly, will hit the roads here from the second half of next year, the Land Transport Authority (LTA) said on Wednesday (Oct 11).
— Today Online

New initiative draws on SMU research to grow retail industry
In 1940, the iconic Tiffany and Co store on New York’s Fifth Avenue opened its doors to a large, curious crowd who had never shopped in a building with central air conditioning.
— The New Paper

Lao Morning News For May 17