Singapore Morning News For May 2 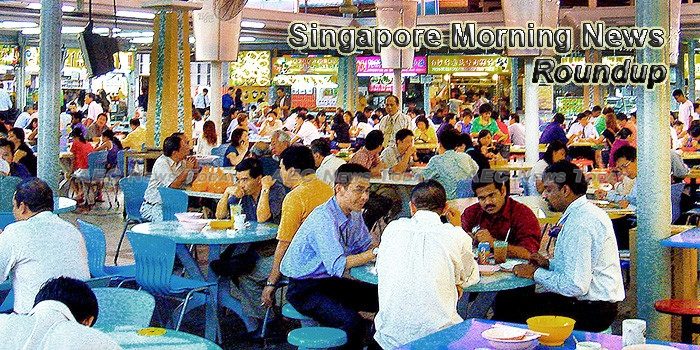 Singapore’s GDP to grow 2.2% this year: UN agency
The Republic’s growth outlook is expected to pick up to 2.2 per cent this year and 2.5 per cent in 2018, mainly conditional on a revival in global trade. According to the Economic and Social Survey of Asia and the Pacific 2017 released yesterday by the United Nations Economic and Social Commission for Asia and the Pacific (Unescap), projected economic growth remains below the past trend.
— Today Online

Singapore continues to issue more EPs to recruit foreign FTs
Recent reports have suggested that Singapore is clamping down on issuing visas for foreign professionals to work in Singapore, particularly against IT professionals from India.
— The Independent

Singapore Air May Land Unusual Net-Debt Spot as Soon as 2018
A record plane-buying spree is poised to land Singapore Airlines Ltd. in an unfamiliar territory.
— Bloomberg

Singapore shares open 14.9 points higher on Tuesday
SINGAPORE stocks opened 0.5 per cent higher on Tuesday, with the Straits Times Index gaining 14.89 points to 3,190.33 as at 9.02am. The blue-chip index was lifted after Wall Street advanced on Monday.
— The Business Times

Singapore’s PSA goes high-tech and retains all its port workers
The “giraffes” that used to work continuously at PSA Corporation’s Tanjong Pagar Terminal have long been a visual cue of Singapore’s economic health.
— Malay Mail Online

Singapore’s Apple Store to open in May after construction delays: Report
After several false dawns, Apple’s first retail store in South-east Asia could be set for a May opening.
— The Straits Times

Warships from 20 countries to dock at Singapore’s first international maritime review
Come May 15, the Singapore flag won’t be the only one billowing in the wind at Changi Naval Base.
— Channel NewsAsia

Changi subsidiary wins bid to operate Saudi Arabia’s Jeddah airport
A consortium led by a subsidiary of Changi Airport Group (CAG) has been awarded the contract to operate the King Abdulaziz International Airport (KAIA) in Jeddah, Saudi Arabia, for up to 20 years.
— Today Online

S$250k raised to bring comatose Singaporean home
The daughter of a Singaporean who is in a coma has raised enough money to bring him back from Tokyo, and he is set to arrive today.
— Today Online