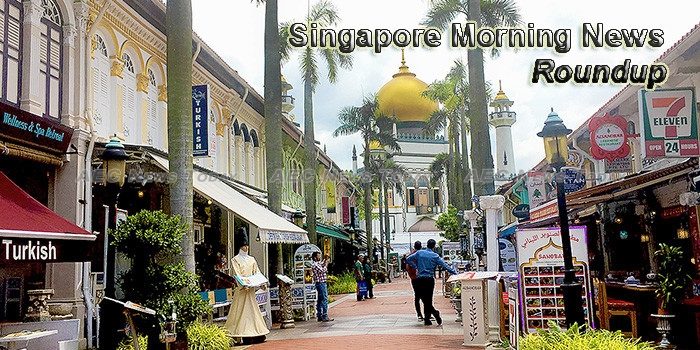 Rockwills Group Has Its Eyes on Indonesia
THE Rockwills Group, a wills and trust specialist in Malaysia and Singapore, is setting its sights on the Indonesian market for possible expansion of its estate planning business.
— Netral English

Milk companies adhere to code on sale of infant formula
The Sale of Infant Foods Ethics Committee Singapore (Sifecs), administered by the Health Promotion Board (HPB), receives 40 to 50 pieces of feedback each year.
— The New Paper

Singapore’s gold hub strategy bears fruit as imports, exports rise
SINGAPORE’s strategy to develop itself as a gold hub has proven successful, as its imports and exports almost doubled in the years after the goods and services tax (GST) was removed for investment-grade precious metals in 2012.
— The Business Times

Oil subdued as rising U.S. output undermines OPEC effort to cut supply
Oil markets were subdued on Monday, with Brent struggling to maintain $50 per barrel as efforts led by OPEC to tighten the market were undermined by persistently rising U.S. production.
— Reuters

Over 20 leading Asia Pacific banks committed to live SWIFT gpi service
SWIFT announces today that 24 banks in Asia Pacific, part of over 70 leading banks globally, are live or planning to implement SWIFT gpi. These banks are members of an initiative that now includes over 110 banks globally. The SWIFT gpi initiative that launched in December 2015 went live with transactions in January 2017.
— PR Newswire

4 factors that can push Singapore to be a frontrunner in 5G rollout
Singapore’s favourable regulatory environment can pave way for it to be a leading player in 5G implementation.
— Singapore Business Review

Could the M1 acquisition bring MyRepublic back to the telco race?
After MyRepublic lost its bid for a 4G spectrum to TPG Telecom during the fourth entrant auction held last December, a potential M1 bid could spur a second chance for the group to re-enter the telco race.
— Singapore Business Review

Tritech Group enters into agreement for share placement worth S$2.02m
SINGAPORE-LISTED Tritech Group said on Monday it has entered into a placement agreement with an individual investor. Under the agreement, the investor will subscribe and pay S$0.07 for each of the 28.8 million new shares.
— The Business Times

More than 20 reports lodged over fake virus software scam, say police
More than 20 police reports have been made about an online scam that tricks victims into providing their credit or debit card information to buy software for a fake virus infection on their computers.
— Channel NewsAsia

Singapore ‘very happy’ with China’s contributions to Shangri-La Dialogue
Minister for Defence Ng Eng Hen has brushed aside concerns about China’s level of representation at a premier security forum held in Singapore over the weekend, adding that it was China’s contribution to the discussions that matter.
— Today Online

Singapore morning news for May 25