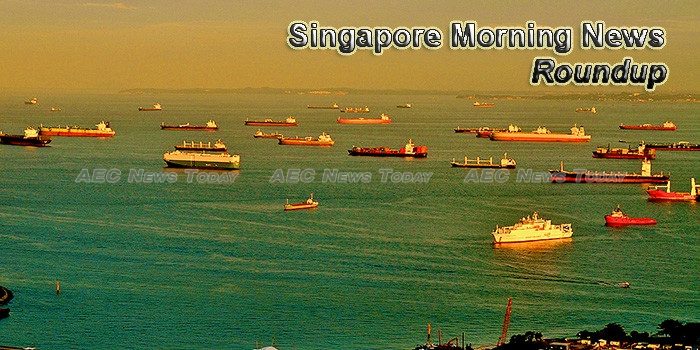 Bangkok gets the traffic, Singapore gets the bucks
Bangkok may be the most visited destination in Asia-Pacific among foreign visitors, but it is Singapore where they spend the most.
— Bangkok Post

33% of the youth here think cannabis is ‘not addictive’
As some nations decriminalise cannabis – and some of its supporters extol its virtues – a growing number of the youth here are also displaying a more laid-back attitude towards the drug.
— The New Paper

PepsiCo opens S$130 million plant in Singapore
US beverage giant PepsiCo opened a new plant in Singapore on Thursday (April 27) that will produce and supply beverage concentrates for 20 Asia Pacific markets. The state-of-the-art plant, which comes with an investment of US$93 million (S$130 million), will create 90 jobs for research scientists, engineers and technicians, said the company.
— Today Online

UOB’s Q1 earnings up 5.4% on growth in core income
UOB Group reported net earnings of S$807 million for the first quarter of 2017, up 5.4 per cent from a year ago.
— The Business Times

Singapore private home prices continue to slide; non-landed prices stay flat in Q1
PRICES of Singapore’s private residential properties slipped for the 14th straight quarter in the first quarter of this year with a 0.4 per cent dip, compared to a 0.5 per cent fall in the preceding quarter, according to data from the Urban Redevelopment Authority on Friday.
— The Business Times

Google and local running group to map nature trails
Trekkers carrying a scaled-down version of the technology behind Google Street View will be helping to put Singapore trails on the map.
— The Straits Times

Too early to predict effects of Trump’s tax cuts
The Trump administration’s proposed tax cuts unveiled yesterday were so scant on detail that many observers said it was too early to determine what implications they might have for American businesses here.
— The New Paper

Water price hike to temporarily push inflation up
The initial temporary impact of the water tariff hike, which will kick in over two phases starting from July, is estimated to add 0.1 percentage-point to both headline and core inflation this year, the Monetary Authority of Singapore (MAS) said in its Macroeconomic Review published yesterday.
— Today Online

SMEs maintaining cautious outlook, bank hopes on 2018 recovery
While large corporations saw signs of recovery in the latter half of last year, most small and medium enterprises (SMEs) here do not seem to have experienced an uplift, consistent with the still-guarded outlook expressed in recent surveys, the Monetary Authority of Singapore said in its Macroeconomic Review yesterday.
— Today Online

Foreign workers trickle out of Singapore, with job outlook to remain cautious: MAS
Singapore’s reliance on foreign labor may be shifting, with the city-state’s central bank pointing on Thursday to a cautious employment outlook.
— CNBC

4 stations on East-West line to open on June 18
Four new MRT stations on the East-West Line will open in the west in June, cutting down some commuters’ journeys by up to 35 minutes, said the Land Transport Authority (LTA) yesterday.
— The New Paper