By Stella-maris Ewudolu on September 5, 2017 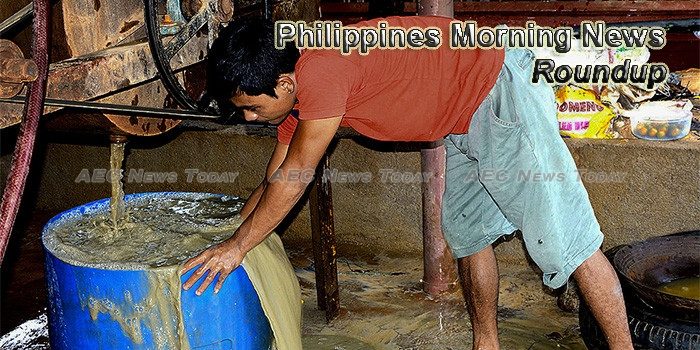 Bangladesh central bank sends team to Manila to push for heist money recovery
Bangladesh’s central bank will send a team of officials to the Philippines on Tuesday to push for the recovery of more of the $81 million stolen from its account at the New York Federal Reserve last year and routed through a bank in Manila.
— Reuters

VAT on indirect exports won’t alter revenue, says study
CHANGING the value-added tax (VAT) status of indirect exporters from the current zero rating to VAT-able as proposed under three pending bills will not have any effect on government revenues, according to research from the Philippine Institute for Development Studies (PIDS).
— Sun Star

BSP ready to ‘neutralize’ speculative peso trading
THE Bangko Sentral ng Pilipinas (BSP) will not tolerate speculators who seek to make wide margins from excessive swings in peso trading, its chief said, noting that the central bank will stop such attempts.
— BusinessWorld Online

PH eyes doubling of Halal exports
The Philippines expects to close to double its annual exports of Halal products to $1.4 billion from $800 million following the issuance of the implementing rules and regulations (IRR) of the Philippine Halal Export Development and Promotion Act of 2016, according to Abdulgani Macatoman, assistant secretary of the Department of Trade and Industry (DTI).
— Malaya

Index climbs back above 8,000 mark
Investors returned to the local equities market yesterday as they sought safer havens amid continuing global tension brought about by North Korea’s missile launches.
— The Philippine Star

After Kian comes Carl; who’s next?
A DAY after Kian delos Santos was allegedly killed by cops during an anti-illegal drugs operation in Caloocan City, another teenager went missing only to turn up badly tortured and dead 10 days later also in that city.
— Malaya

Philippines says taking fire from women, children in Marawi battle
Philippine troops fighting rebels linked to Daesh (ISIS) in a southern city have encountered armed resistance from women and children, the military said Monday, as troops make a final push to end a conflict that has raged for more than 100 days.
— The Daily Star

Sugarcane output expanded to 8.73 MMT in April-June
The country’s sugarcane production more than doubled to 8.73 million metric tons (MMT) in the second quarter, from 3.39 MMT a year ago, according to the latest report of the Philippine Statistics Authority (PSA).
— Business Mirror

P24.4M worth abortion pills seized at NAIA
An estimated PHP24.4 million worth of abortifacient drugs were intercepted by the Bureau of Customs (BOC) at the Ninoy Aquino International Airport (NAIA) Terminal 3 on Monday.
— Philippine News Agency

Steel lobby warns of safety risk in certifying output of foreign plants
A PLAN to certify foreign steel plants and treat them as if they are local manufacturers poses safety risks and dangers to consumers, an industry association said on Monday.
— BusinessWorld Online

Matobato to push for Duterte’s inclusion in death squad case
SELF-CONFESSED killer Edgar Matobato will petition the Office of the Ombudsman to include President Rodrigo R. Duterte in the cases he filed against the alleged Davao Death Squad (DDS), his legal counsel said. Lawyer Jude Josue Sabio said they will “challenge the Ombudsman (for its) failure to include (Mr.) Duterte in the cases” after the agency did not include the president in the charges as he is immune from prosecution due to his position.
— BusinessWorld Online

Cops in torture-slay of teenager face raps
The Public Attorney’s Office (PAO) on Monday said it would bring murder charges against policemen who tortured and shot dead a teenager accused of robbery, the second such case in just over a week against police from Caloocan City.
— Philippine Daily Inquirer

Chamber of Mines forms ‘self-policing’ body
The Chamber of Mines said Monday it would create an oversight body to investigate and act on complaints against its members.
— ABS-CBN (video)

PH sets Asean deliverables
The Philippines has set a number of deliverables as chair of Asean this year, all meant to foster further integration of the 10-member economic bloc.
— Malaya

Exporters: Peace talks to protect banana industry
A group of exporters stressed that the long-term solution to the banana industry’s existing security issues is to resume peace talks between the government and the communist rebels.
— Davao Today